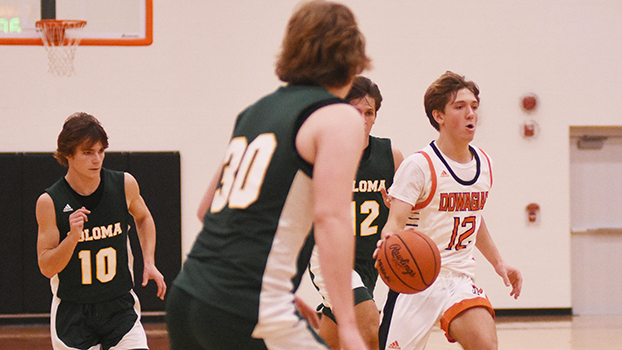 BERRIEN SPRINGS — Even a week off could not slow down the Dowagiac boys basketball team.

After shutting down the program for a week due to COVID-related issues, the Chieftains went back to work Tuesday night with a road game against Berrien Springs.

Dowagiac used a big second half to turn a one-point halftime lead into a 79-64 victory over the Shamrocks. It was the Chieftains third consecutive win after starting the season 2-3.

The Chieftains regained their 11-point advantage at the end of three quarters, 57-46, and then went on to earn the non-league victory by outscoring the Shamrocks 40-26 in the second half.

Twins Cole and Henry Weller, who combined for 30 of Dowagiac’s 46 points against Edwardsburg in its last game, topped that effort by scoring 50 of the 79 points the Chieftains scored against Berrien Springs.