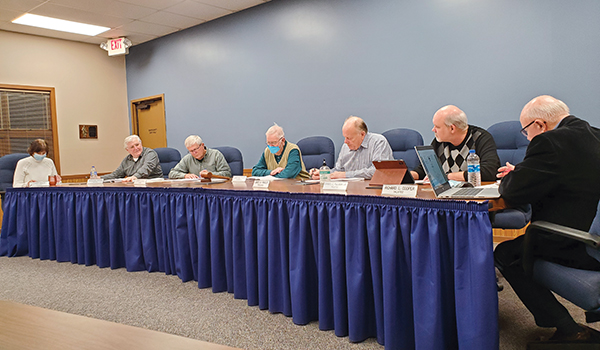 NILES TOWNSHIP — The Niles Township Board of Trustees took care of a short agenda Tuesday evening.

Tuesday, the board met for its regularly scheduled meeting. During the meeting, members took care of regular business, including approving a pay increase and approving the purchase of a backup generator.

In its first order of new business, the board approved a pay increase for Zoning Administrator Denise Kasprzak. Following the vote, which passed unanimously, with Trustee Richard Cooper abstaining, raised Kasprazk’s salary to $46,500. The raise is effective in the next pay period.

“We’ve all been following this for quite some time,” said Clerk Terry Eull.

In other news, the board passed a resolution to keep its Bond Street Lift Station running smoothly.

The board approved $4,300 to install a backup receptacle transfer switch at its lift station.

“Bond Street Lift Station, which is the most critical one we have because everything flows into Bond Street, we have a generator there,” said Treasurer Jim Ringler. “But the issue has come up that, if for some odd reason that generation won’t start or there is something mechanically wrong that is going to take days to fix, we have no other way to plug in a generator. This is a pure safety backup provision that we install this manual transfer switch so that we can take our generators from here and take them down there as a backup.”

While Ringler said the generator has not failed and he does not expect it to, having the backup is important in cases of emergency.