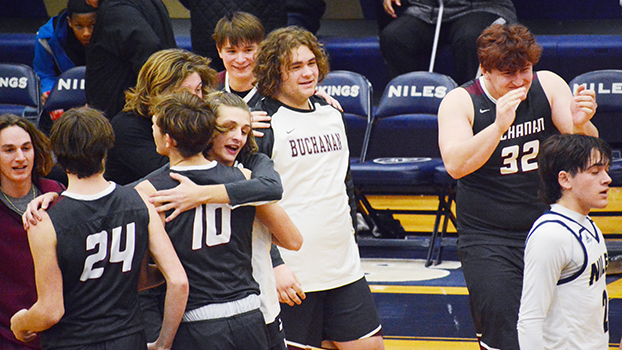 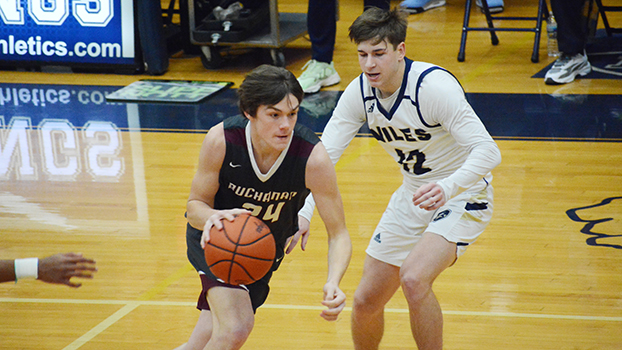 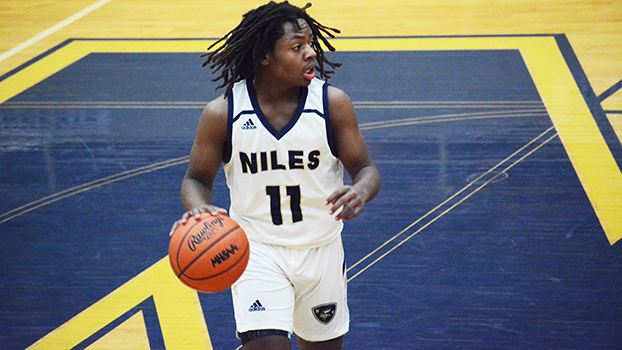 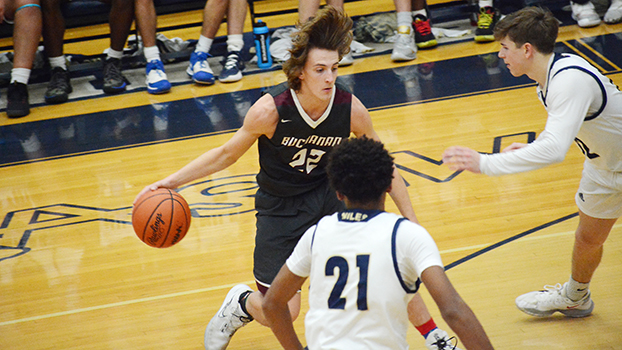 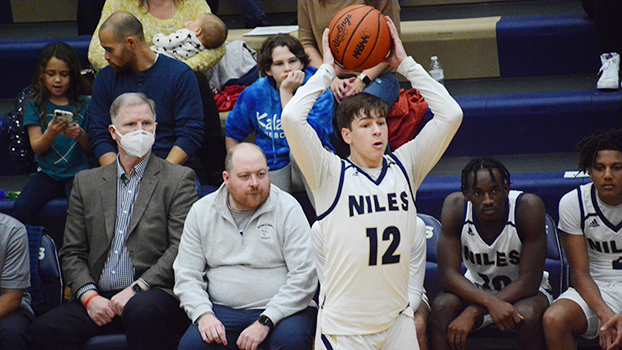 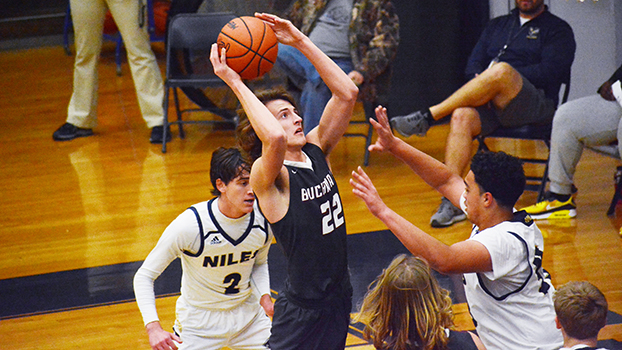 NILES — When his team needed him most, Ryan Young delivered.

The Buchanan senior scored 24 points — including nine in the pivotal fourth quarter — to lift the Bucks to a 42-40 road win over Niles Tuesday night.

“I’m feeling great,” Young said. “I’m glad we were able to finally close a game out.”

The Bucks, who trailed for most of the game, outscored Niles 13-5 in the fourth quarter.

Young was the only Buck in double figures, with Connor Legault adding six points. Anthony Brady and Elijah Hester scored 10 and nine points respectively for the Vikings (0-2 Wolverine, 2-4), who were up 21-17 at halftime and led by as many as seven in the game.

Led by Young, Buchanan (0-2 BCS Red, 2-5) was able to attack the basket and get to the free-throw line. While Young was just 8 of 15 from the line Tuesday night, he made all eight of his free throws in the second half, including 3 of 3 in the fourth.

“Our game plan was just to control the ball and play at our own tempo,” Young said. “We tried not to get pushed hard.”

Trailing 39-37 with one minute remaining, Anthony Brady made a 3-pointer to put the Vikings up one. The lead was fleeting, as Young responded with a basket at the other end to put the Bucks up for good. A Brady Thompson free throw clinched the final score, as the Vikings turned it over in the closing seconds.

“One thing about [Buchanan head coach Reid McBeth] is that all of his teams play hard,” said Niles head coach Myles Busby. “They may not have talent across the board, but they’ll always play really hard, and that’s 90 percent of the battle. We struggle with our decision-making, but we’re just trying to figure it out because we haven’t had all of our guys healthy at one time. This is the first time that we’ve had 10 guys available, so the guys gotta step up. It’s that simple.”

The outcome of Tuesday’s game was a welcome one for the Bucks, who have lost three games by a total of six points this season. Young hopes the Bucks can build on the win when it hosts Bridgman at 7:15 p.m. Friday.

“It gives us momentum heading into future games,” Young said. “We believe we can close these games.”

The Vikings look to get back on track when they travel to face Wolverine Conference foe Edwardsburg at 7 p.m. Friday.

“We’ve got to just move on from these games and get over it,” Busby said. “We can’t do anything about it. What we can do is come in tomorrow at practice and work really hard to get better. That’s all we can do, just stay positive with the kids, so we’ll be fine, for sure.”