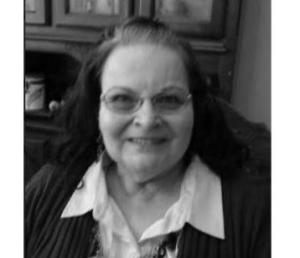 Susanne Elaine (Egmer) Null, 70, of Elkhart, passed away peacefully surrounded by her family on Dec. 29, 2021, in Mishawaka.

Susanne was a machinist in Tool and Die for several years. She enjoyed all types of dancing, crafts and was a professional seamstress. Most of all, she loved her family and especially her grandchildren. She was a God-fearing woman who would help anyone at any time.

In addition to her parents and husband, Susanne was preceded in death by three brothers, Eugene, James and Thomas Egmer; two sisters, Margaret Egmer and Kathryn Mayberry; two nephews, Timothy and David Egmer.

Family and friends to meet from 11 a.m. to noon Jan. 29, 2022, at the St. Mary’s Catholic Church Parrish Center 219 S. State St., Niles, for a celebration of Susanne’s life. Then there will processioning to Calvary Cemetery in Niles for a committal service led by Father Johnston of St. Mary’s, where everyone may say their final farewells as Susanne joins her late husband James A. Null.