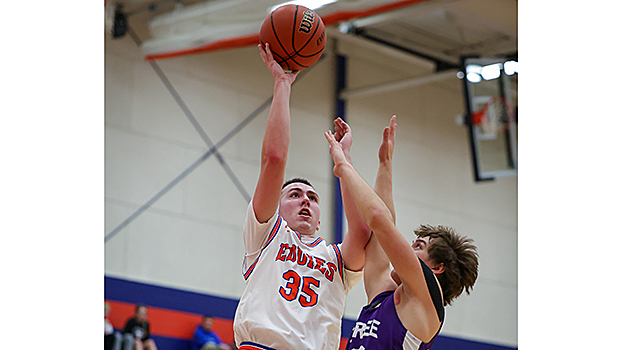 Leading just 16-15 after one quarter, the Eddies turned up the defensive pressure which allowed Edwardsburg to break the game open.

The Eddies took a 34-17 lead into the locker room at halftime.

In the final 16 minutes, Edwardsburg outscored Wyoming Lee 32-30 to earn the win and improve its overall record to 6-2.

Visiting Bloomingdale rebounded from its first loss of the season to Southwest 10 Conference leader Hartford to defeat Marcellus 51-32.

The Wildcats, who came into the game with a 4-1 conference record, fell behind early and were never able to catch up with the Cardinals, who led 22-13 after one quarter and 35-22 by halftime. Bloomingdale took a 43-30 advantage into the final eight minutes.

The Cardinals improved to 6-1 overall and 4-1 in Southwest 10 play.