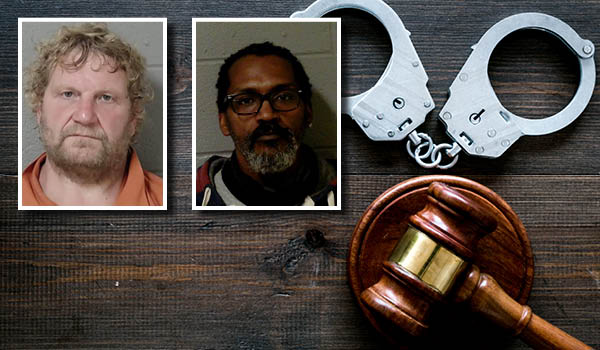 James Sherman Shorter, 52, of Brush Trail in Niles, pleaded guilty to possession of meth and was sentenced to two years’ probation, 300 days in jail with credit for 47 days served and $2,268 in fines and costs. He was out on bond at the time of his sentencing Friday morning and was ordered to report to the county jail later Friday.

That incident occurred July 27, 2021, on U.S. 12 near Conrad Road in Edwardsburg. Police stopped him for improper plates and found a scale, a spoon and needles in a search of the vehicle.

He also pleaded guilty to attempted resisting and obstructing police and was sentenced to credit for 47 days served. He must pay $875 in fines and costs. That incident occurred Jan. 31, 2021, on M-60 in Newburg Township when police found brass knuckles in his vehicle when they stopped him for a traffic violation.

Judge Herman noted that Shorter had been to prison twice in Indiana on meth related charges.

“After losing the better part of 12 years to prison, one would think you would stay away from meth,” he said. “But here we are again because you can’t stay away from meth. Can you tell me how you intend to stay clean and sober when you haven’t in the past?”

Judge Herman urged Shorter to get involved in the meth addiction programs at the jail.

“If you’re back before the court on drug charges, you can expect to go to prison,” he said. “It’s not a threat, it’s a reality.”

Anthony Smith, 52, of Owens Street in Niles, pleaded guilty to possession of cocaine and possession of analogues and was sentenced to two years’ probation, completion of the Twin County Probation Program, credit for one day served and $2,336 in fines and costs.

The incident occurred Jan. 6, 2021, in Edwardsburg when he was stopped by police for defective equipment on M-62.  Police searched the car and found two glass pipes and a bottle of Xanax pills.

“You’re 52 years old and have straddle cell guidelines,” the judge said. “You could go to prison today but because you indicated you wanted help, we gave you the opportunity to go to Twin County and it looks like you’re doing well. I hope you take it seriously and we won’t see you back here.”

Ryan Lynn Samuels, 54, of Sturgis, pleaded guilty to possession of meth and third degree home invasion and was sentenced to two years’ probation, credit for 64 days served and $2,896 in fines and costs.

The incident occurred July 26, 2021, when he broke into his stepmother’s home in Edwardsburg to take back items he claimed his late father had promised him.

Judge Herman told Samuels to find other ways to pursue items he believed owed him besides taking the law into his own hands. He also told him to get help for his drug addiction.