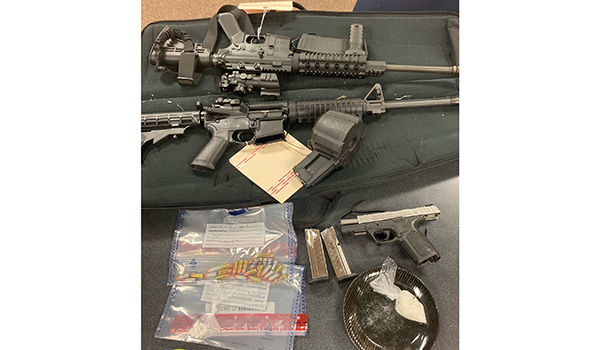 BERRIEN COUNTY — Three were arrested this week on drug and weapons charges following the execution of search warrants in Niles and Benton townships in Berrien County.

Southwest Enforcement Team detectives, along with Michigan State Police Niles Post troopers and the Fifth District Crime Prevention Squad, executed a search warrant on Tuesday in the 2600 block of N. US 31 in Niles Township. The operation was a direct result of an ongoing methamphetamine distribution investigation. The search warrant resulted in the recovery of crystal meth, suspected heroin and evidence of distribution.

A 51-year-old male and Indiana parolee, who was unlawfully residing in Michigan, was arrested for numerous crystal meth delivery charges, evidence tampering and parole violations.

During the search warrant, more than 30 grams of crack cocaine, a pistol, two rifles, including one stolen in 2018, were recovered. The 57-year-old male homeowner was arrested for possession with intent to deliver crack cocaine and felony firearm violations. An additional occupant located at the venue, a 58-year-old Benton Township man, was arrested for parole violations.