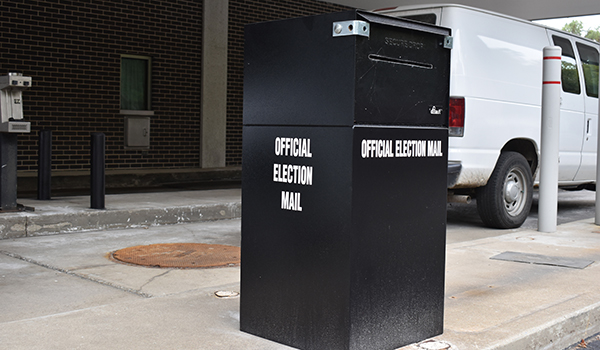 BERRIEN COUNTY — A local political party is unhappy with proposed changes to its community districts.

“Berrien County was not just carved up, it was gutted,” Grosse said. “As drawn, it is entirely possible for some Berrien County residents to not have a single representative actually from Berrien County.”

Attempts to reach the Berrien County Democratic Party and the Michigan Independent Citizen’s Redistricting Commission for comment prior to press time were unsuccessful.

However, the commission has said in the past that its goal is to draw lines that are in the best interest of citizens.

“In 2018, Michigan voters took fate into their own hands and drastically shifted the redistricting process by adopting Proposal 18-2,” reads a commission memo issued in April 2021. “Instead of legislators drawing lines for their best interests, citizens would draw lines that represent their best interests and respect their historical, cultural or economic perspectives.”

Despite this, Grosse said he believed the commission did not follow traditional municipal boundaries, which could cause problems down the road.

As an example, Grosse pointed to the new Congressional District boundaries proposed by the commission. The new map means Second District representative Bill Huizenga is now living in the Fourth District, meaning he could be pitted against area representative Fred Upton, Michigan’s longest incumbent.

Grosse said the maps will cause chaos for local clerks, who will have multiple districts on individual streets.

“In the Lincoln Township example, folks who live on the side of the street of Tosi’s restaurant would be in a different congressional district than people on the other side of the street – what will that ballot look like?” he asked.

However, not all local Republicans are upset with the changes.

Rep. Brad Paquette (R-Niles) currently oversees House District 78, which encompasses portions of Berrien and Cass counties, including the cities of Buchanan, New Buffalo and Niles, as well as several townships. With the new map, Paquette will represent the new District 37, which also covers Berrien and Cass counties. Paquette’s new district does not include New Buffalo but does add Dowagiac.

“It’s exciting,” Paquette said. “I have a lot of friends there that I have been connected with. Dowagiac used to be in the district years ago. This is a process that takes place every 10 years. I have no complaints.”

Grosse said he was frustrated by the lack of a common definition around “communities of interest,” the term used by the commission as a rationale to draw certain areas together.

“This is how we ended up with a state House District that now caterpillars up the lakeshore and a state Senate District that changed from three contiguous border counties to parts of seven different counties,” Grosse said. “Not a single member of this commission was from southwest Michigan, and the lack of understanding shows.”

Across the state, Thursday, the Michigan Independent Citizen’s Redistricting Commission went into a closed session meeting to discuss pending litigation from Detroit lawmakers regarding the fairness of the commission’s redrawn maps, according to the Detroit News.