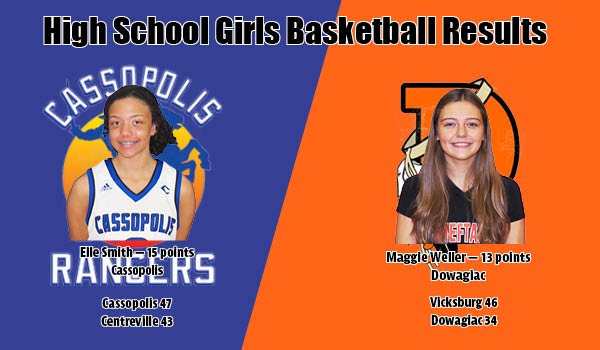 CENTREVILLE — First-year Cassopolis Coach Stefon Luckey has the Rangers on a roll to open the season.

Cassopolis hit the road Tuesday night and came home with a 47-43 win over Southwest 10 Conference perennial powerhouse Centreville. The win was the second straight, and the third in four games, for the Rangers, who improved to 4-2 overall and 3-2 in league contests.

In other games, Dowagiac could not hold on to a halftime lead and dropped a 46-34 Wolverine Conference non-divisional contest to host Vicksburg, while Marcellus improved to 6-1 on the year and 4-1 in the Southwest 10 with a 40-20 win over arch rival Decatur.

Niles was defeated in a Wolverine Conference non-divisional contest to host Plainwell, 60-38.

The Rangers were able to take the lead (11-9) after one quarter and keep it at each quarter break against the Bulldogs.

Cassopolis led 20-19 at halftime and stretched it to 37-31, heading into the final eight minutes of the contest. The Rangers were outscored 12-10 in the fourth quarter, but Centreville could not overcome the earlier deficit.

After trailing 6-3 at the end of the first quarter, visiting Dowagiac outscored the Bulldogs 11-5 in the second quarter to take a 14-11 halftime lead.

Unfortunately for the Chieftains, Vicksburg regrouped at halftime and outscored Dowagiac 35-20 in the second half to pull out the victory.

“The girls played really hard tonight,” said Dowagiac Coach Jason Turner. “I love the effort they put forth. There were some calls that didn’t go our way in the second half that hurt, but we need to do a better job of handling and weathering that.”

Turner added that ultimately, the game was decided at the free throw line, where the Bulldogs were 19-of-23, while the Chieftains were 12-of-25.

The Wildcats led 10-3 after one quarter and 21-8 at halftime. Marcellus continued the strong defensive effort in the second half, allowing the Raiders just 12 points.

Emma Holmes scored a game-high 17 points to lead the Wildcats, who also got seven points from Brooklyn Vantilburg and six points from Jenna Wells.

Visiting Niles continues to struggle to put points on the board in the first half.

The Vikings (2-5) scored just 15 points in the opening 16 minutes of their loss to the Trojans Tuesday night.

Trailing 49-23 at halftime, Niles did score 23 points in the second half, but gave up 30 to Plainwell. 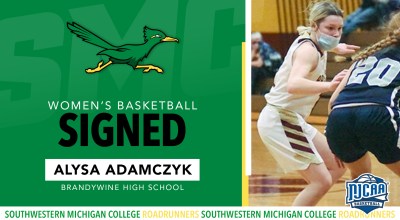