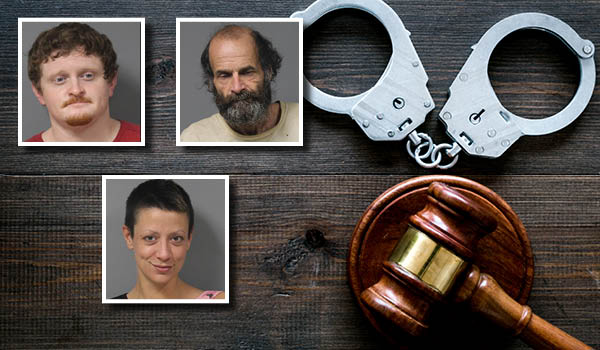 Sarah Elizabeth Condon, 33, pleaded guilty in two cases and no contest in a third, all stemming from incidents last year. She pleaded no contest to assault and battery from an Oct. 25, 2021, incident and was sentenced to credit for 69 days served.

She pleaded guilty to domestic violence and was sentenced to credit for 93 days in jail from a June 8 incident. She also received credit for time served for contempt of court convictions for failing to appear for her original sentencing date in September and having contact with someone she was ordered to stay away from.

Defense attorney Jason Engram said his client is thinking about moving to Indiana. If that occurs, her probation would be transferred to that state.

Berrien County Trial Judge Sterling Schrock suggested that Condon might be a good candidate for drug or mental health court programs. “Her issues appear to be significant enough to be supervised,” he said.

“You might also consider the Twin County Probation Program, they deal with a full spectrum of issues including things to help stabilize you in the community,” he told Condon. “I’m suggesting you might benefit from that. I can add it as a condition of your probation or wait, it’s up to you.”

Condon declined the Twin County proposal and the judge accepted her decision. “I’m letting you out of jail today, you’re on your own today and I hope you’ve learned something,” he said. “You need to follow your bond conditions and behave appropriately. You either learn from those things or you don’t.”

Michael Paul Hibinger, 58, of Niles, pleaded guilty to possession of narcotics/cocaine and was sentenced to credit for 57 days already served and $708 in fines and costs. He had originally been scheduled to be sentenced Dec. 27 but was quarantined in the jail due to COVID then.

The incident occurred April 29, 2021, when he was arrested by the Southwest Drug Enforcement Team.

“He has his own home and a stable residence,” defense attorney Carri Briseno said. “The key to his success is to have people living with him who bring trouble to his home.”

Judge Schrock said he did not see any need for further supervision. “This was a user amount of cocaine and he has no previous record,” he said. “I don’t see any point to supervision. He knows what he can and can’t do.”

Jeffrey Matthew Rohl, 34, pleaded guilty to possession of a firearm by a felon and was sentenced to two years’ probation, credit for 16 days served and $598 in fines and costs.

He also was sentenced to credit for 16 days in jail for contempt of court by violating another criminal law-joy riding and failure to stop at a motor vehicle accident after he was released on bond.

“You can’t have a weapon or have your hands on one, you need to make better decisions,” Judge Schrock told Rohl. “The goals of your probation are to address your judgment and criminal thinking. You’re not paying attention to what’s going on around you and you put yourself and those around you at risk.”