Bobcats shake off the rust to defeat Gobles 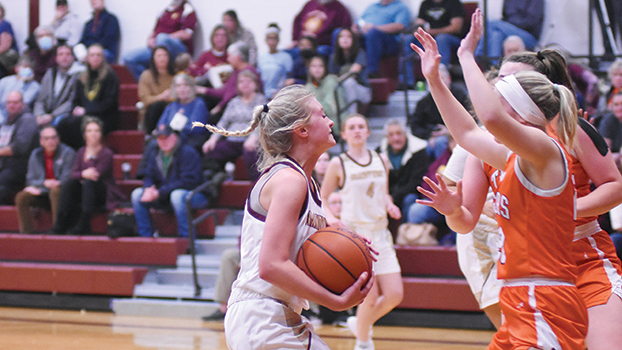 NILES — Shaking off the rust from a 17-day layoff, the Brandywine girls basketball team remained undefeated with a 46-30 non-conference win over Gobles Tuesday night.

“It is my fault for building the schedule the way we did,” said Brandywine Coach Josh Hood. “Having 17 days off without a game, you could see the rust on the legs. That looked more like a first game of the season than it did before break when we were playing with a lot of energy and effort. I won’t be doing that again.”

The Bobcats (7-0) grabbed a 13-3 lead after one quarter, but managed only 10 points in the second quarter. Leading 23-11 heading into the second half, Brandywine outscored the Tigers 23-19 to earn the win.