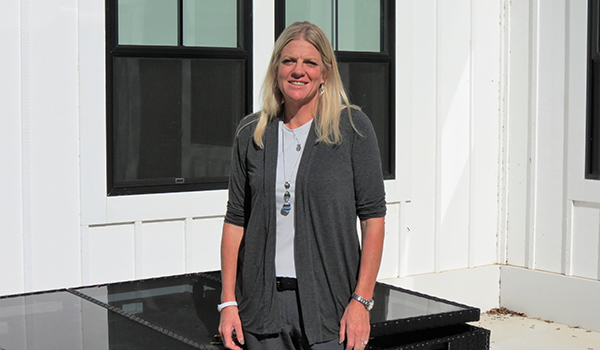 CASSOPOLIS – From the economic growth to the transformation of the downtown, Cassopolis underwent dramatic changes in the past year.

Just after the first of the year, Village Manager Emilie LaGrow recapped what she was most proud of accomplishing as a village in 2021, and looked ahead to what she hopes will be another year of positive change.

“I think I’m most proud of the movement we had in the village,” said LaGrow, who has been the full-time village manager since 2016. “The village has been very stagnant for a long time, and the ability to move forward with initiatives, projects and economic development I think is what is most impressive.”

LaGrow said it was a big year for the village, with many projects to be proud of. In the downtown area, the village completed the streetscape project, which included infrastructure work as well as a full makeover of the streets and sidewalks.

The village also completed its Stone Lake project by adding a new beach, pier, pavilion and more. LaGrow said this was another successful piece of the transformation of downtown.

LaGrow said she would like to see the progress continue at the same pace in 2022, and there are several projects – including housing initiatives and grant work – that are underway.

“We think that we have a lot of momentum that started with the Imagine Cass initiative, and we’d really like to keep that moving,” she said. “We know we have Hydro Aluminum coming to the SMART PARK, but we don’t want them to be our only tenants. We’re excited to get the work and the infrastructure going out there.”

Several new businesses are already in the process of coming into the village in 2022, according to LaGrow.

“We’re hoping that comes to fruition and we can make announcements on those,” she said. “We’re looking at further developing some of our beach area, and just the everyday things we need to keep working on. … We want to maintain our service level and then move forward with some of these other initiatives.”

The biggest challenge the village faces, according to LaGrow, is communicating with residents. However, she believes the hire of Alexis O’Flynn as a full-time community development specialist is helping the communication.

“She’s handling a lot of our social media correspondence,” LaGrow said. “She is able to push out a lot of information about projects, or even little things like if we have a water main break, she can get that out right away.”

O’Flynn is also in charge of the digital banners throughout downtown, as well as a monthly newsletter and website updates.

“Having her here to be able to really work at that piece of it is really going to help our ability to communicate effectively with our residents,” LaGrow said. “It really was a big year for us, and here’s hoping we can do it again this year. That’s the goal.”