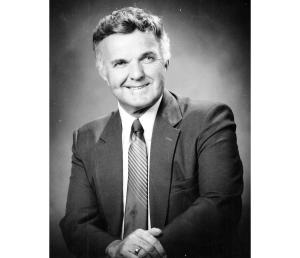 Ted Majerek, 95, of Niles, passed away in his home, surrounded by loved ones on Saturday, Jan. 1, 2022, following a brief illness.

He was born on April 30, 1926, in Calumet City, Illinois to the late John and Angeline (Mostowik) Majerek.

Ted began his working career quite young; having two paper routes before the age of ten. After graduating from High School, Ted enlisted in the U. S. Marine Corps. On Oct. 22, 1949, Ted wed the love of his life, Marie Sabat, at a ceremony in Calumet City, Illinois and the couple recently celebrated 72 wonderful years together. Ted worked during that same time for the Chicago Daily News. In 1957, the couple moved to Niles, Michigan and purchased the Schwart’s News Agency at 312 E. Main St. In 1958, Ted purchased the retail store to accompany the news agency. Majerek’s turned into a chain of over thirty-seven stores by 1997. He also owned businesses in Idaho and Utah. He served for many years as president of various periodical associations.

Ted loved the town of Niles and was always very active and a firm believer in giving back to the community, always jumping in with both feet to participate. He was on a host of fundraising committees and supported causes such as the YMCA, Niles District Library, Niles Apple Festival and the United Way to name a few. Ted was also a lifelong benefactor of St. Mary of the Immaculate Conception Catholic Church. He served as an adult leader for Boy Scouts of America, was active in the Four Flags Chamber of Commerce, Niles Board of Public Works, Niles-Buchanan Rotary Club, where he received the distinguished Paul Harris Fellowship. He was a die-hard Notre Dame Fan from the age of 12 until his last day and established the Majerek Family Periodical Endowment Fund at the Notre Dame Library that still thrives today.

While working hard was very important to Ted, he always made time for friends, family and laughter. Ted believed in living life to its fullest and was an amazing Polka dancer. He loved to golf, jog, play racquetball and snow ski. He also looked forward to winters in Florida visiting with family and friends.

He was preceded in death by his parents; sisters, Rose, Sylvia and Julia; his brother, John and a grandson, Stevie Toman.

A time of visitation will be held on Friday, Jan. 7, 2022, from 4 until 7 p.m. at Brown Funeral Home & Cremation Services in Niles with Recitation of The Rosary at 7 p.m. at the funeral Home.

A Memorial Mass will be celebrated at St. Mary of the Immaculate Conception Catholic Church in Niles on Saturday, Jan. 8, 2022, at 11 a.m. officiated by Father Christian Johnston and Deacon Roger Gregorski. Full Military Honors and an interment will be held privately at a later date.

Memories of Ted may be shared with his family at www.BrownFuneralHomeNiles.com.

Ted will be remembered as an eternal optimist, tried to make the best of any situation, wonderful sense of humor and loved to laugh. His love, care and devotion to his family was a guiding principal in his life.