Involved resident dies at the age of 88

NILES — A Niles resident who spent much of her life giving back to the community has died. 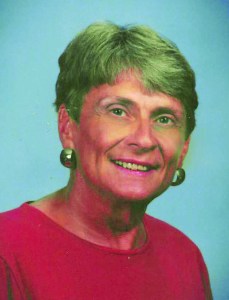 Cooper spent 25 years working in communications as a radio speaker, and many will remember from her legendary radio show “Gloria’s Place.” Her topics were mostly concerning public relations. She also spent several years writing columns for the Niles Daily Star as well as a variety of publications.

She was a community leader and became a member of many organizations and clubs, including Dance Club, Cinema Club, Dowagiac Dogwood Fine Arts Council, Encore Dance, Bridge Club and was a board executive of the Beckwith Theatre Company, one of the first women on the Four Flags Chamber of Commerce, secretary for the Niles Public Schools Board, Niles District Library Board, Niles YMCA board of directors member as well as vice president of programs, Niles Downtown Development Authority, just to name a few. She was on the Samaritan Center Steering Committee, the Niles Service League, Four Flags Area Bicentennial Commission, and also served as the Grand Marshal of the Four Flags Apple Festival Parade.

She also served as an organist for Wesley United Methodist Church and for her father, who pastored at St. John’s United Church of Christ.

Cooper was well recognized, receiving the Four Flags Chamber of Commerce Award for Outstanding Business, the Athena Award for Woman of the Year and the Lifetime Achievement Award.

Funeral services will be hosted at 1 p.m. Friday, Jan. 7, 2022, at First Presbyterian Church at 13 S. Fourth St. in Niles, with a time of visitation beginning one hour prior.