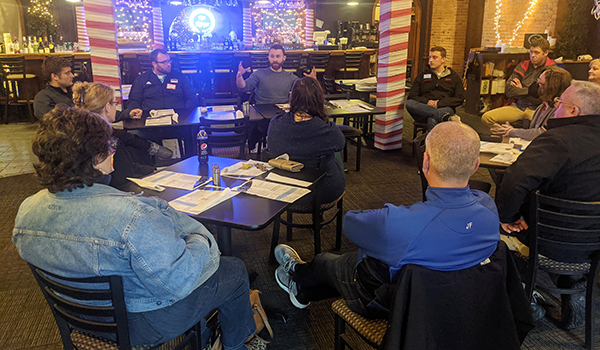 The two-hour discussion covered a variety of topics, ranging from a desire for more business owner representation on the Main Street Downtown Development Authority as well as the future of the NODE.

The forum was first proposed by Jim Morris, owner of Jim’s Smokin’ Cafe, 220 E. Main St., as a way for downtown business and property owners to gather and discuss relevant topics. According to Morris and other business owners, there has been a lack of communication between the DDA and business/property owners. Areas of concern such as the NODE, DDA board seats and downtown decorations have been cited at city council meetings and on social media, but Morris and city leaders felt an open conversation between all parties may be more productive.

“It’s why I asked for this,” Morris said. “There are about 15 or so businesses represented here out of how many downtown? 100? That’s part of the communication issues.”

“Because of the breakdown in the communication over a period of an extended period of time, in part due to COVID, the reality is you’re fighting an economy that’s struggling,” said former Four Flags Antique Mall owner Mike Gilbert. “You’re fighting a city that’s losing its population base, or had been. You’ve got a lot of things that are beating on your door and the worst thing you can have is a lack of communication.”

“I actually think there’s a lot of great things going on in Niles,” he said. “We can talk about how bad COVID has been but COVID taking Chicagoans, whether you like them or not, and pushing them this way. … When people have a place to stay, they’re going to stay a little longer. They’re gonna eat, sleep, shop, do whatever here. Having those places creates opportunities for repeat business. My point is, if any of you want to give me a call, let me know. We can talk about cross promoting our businesses.”

In light of the conversation, Lisa Croteau, director of marketing and administration for the Niles DDA, said she would create a weekly newsletter for downtown businesses and property owners in order to keep them informed.

As the discussion shifted to the purpose of the DDA, City Councilman John DiCostanzo stated that the DDA’s primary focus should be to increase property values downtown as opposed to hosting events.

“By growing the downtown business properties’ values, [the DDA board] increases the budget that the DDA has that will enable the services that you guys are expecting,” he said. “To me, that’s the first priority, maybe not scheduling events. How do we improve? How do we increase the value of the downtown product?”

The Niles Outdoor Dining Experience, also known as the NODE, has been a topic of conversation for city officials, business and property leaders and community members alike.

The area, which features lighting, a gas-powered firepit and seating, officially opened to the public in December 2020. In early spring, the council voted 5-2 to keep the NODE in its current location until at least April 2022.

In October, an anonymous donor gave the city $10,000 to make improvements to the NODE. Discussions have begun on whether or not to keep the NODE in its current location when the council’s resolution expires in May, or to relocate it to another area.

Croteau believes keeping the NODE in its current location is in the best interest of downtown. She said the DDA is more than willing to reach a compromise, proposing the possibility of opening one lane on Second Street to allow thru traffic.

When multiple people in the audience suggested relocating the NODE to Riverfront Park, Croteau and others in attendance said previous events hosted in the park, such as Riverfest and the Bluegrass Festival, had yielded little extra business in downtown storefronts.

“It’s the reason we did Hunter Ice Festival [downtown],” she said. “It would have been a gorgeous and wonderful festival in the park, but it just would not have translated to dollars downtown. We made the conscious decision to put it in front of businesses. It’s a little more difficult to do, but it also brings hundreds of thousands of dollars, and we truly believe that the NODE is the same kind of thing. It’s not going to bring $100,000 a weekend. There are not going to be 10,000 people there on any different weekend but over the course of the month, if you have it built now that people start to use it, maybe you have a thousand people there a month that come through, spend money and see the antique mall.

“It’s a more attractive space, so people want to stop and see what’s happening. That’s the idea behind it. It truly was not to start a controversy.”

Melanie Kennedy, owner of The Grand LV, 104 N. Third St., said she does not believe the NODE needs to be stationed on a closed section of road at Main and Second streets year-round.

“I don’t think that anybody would disagree that the NODE has been an exceptional spot for events, and it has been widely accepted and everybody’s had a great time there,” she said. “The problem is, you can’t have an event there basically December through May. We have this road closure 365 days a year to have events 15 times a year. The other 340 days, it’s really just sitting there empty for the most part.”

“I’m downtown every day,” she said. “I drive through Main Street and I live on the west side of town and my kids go to school on the east side. Second Street being closed is a huge disaster for me just as a citizen traveling through downtown. It seems ridiculous that it should be closed every single day in order for us to do things there. Even if it were seasonal, it would make more sense to me than all-day, every day. It’s great that it’s benefited certain businesses, but it doesn’t translate for everybody downtown.”

Mayor Nick Shelton, who mediated the forum, urged business and property owners to attend DDA and committee meetings, reminding those in attendance that one does not have to be a DDA board member to contribute to the DDA.

“The more business owners, property owners, employees of businesses and community members can get involved in these committees or meet those committees, the better. I think we need more people to come to these DDA meetings and council meetings. People know where they are. … I don’t think this is an apathetic group; I think you are people who care, but you need to be there to be heard. That doesn’t just mean going. It means going and speaking up and involving yourself.” 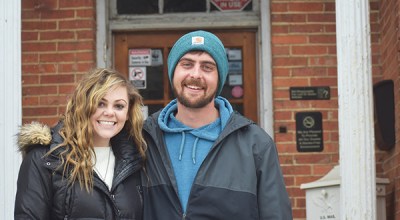 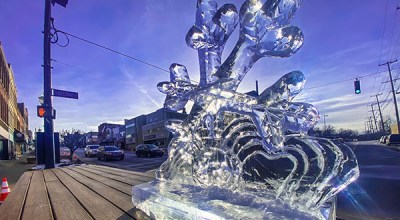 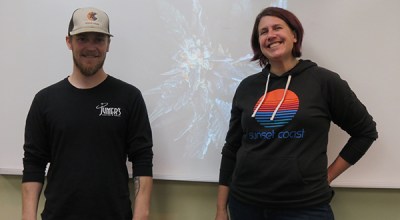 Thomas Stadium VP weighs in after man who embezzled…