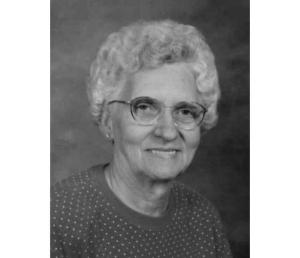 Betty Dawn Phillips, 87, of Dowagiac, died peacefully Friday, Dec. 17, 2021, in the comfort of her family’s presence.

Her life began Oct. 15, 1934, in Dowagiac, Michigan, born to Irving and Marjorie Mead. She married Bernard “Dean” Southworth Dec. 30, 1951, and they had one son together. After Dean’s sudden passing, she married Donald Lee Moss Oct. 8, 1955, and they were married for nineteen years. They had a son and two daughters. She then married Ronald E. “Squeek” Phillips in 1985, but they were together for many years. Squeek preceded her in death Sept. 4, 1996.

Betty was a farmer’s daughter and enjoyed gardening. She had a large garden and took pride in caring for it. She would often tell her children many stories of her life, but they will especially remember her telling them about working in the field when she saw the planes fly over in a V formation, indicating that the war was over in 1934. Betty loved to sing especially in the Council on Aging, in church, and with the Sweet Adelines of South Bend. She enjoyed tapping and square dance. Betty was a caregiver, caring for many people. She would give the shirt off her back to help others. She was Senior Vice in Post 1855 VFW Cass County Post in Dowagiac and American Legion Secretary in Penn Township, Cassopolis. She was a member of Eastern Star and the Moose Lodge, as well as President of AARP, all in Dowagiac. She was in a band at Cassopolis Council on Aging as tap dancer, as well as a Garden City Chorus – Barber Shoppers in Niles.

Betty will be laid to rest with her parents in Hamilton Cemetery, Decatur.