Ferris’ Murphy a finalist for defensive player of the year 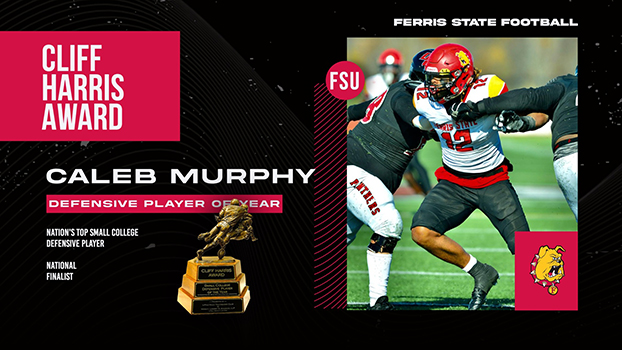 Murphy was chosen this season as the GLIAC Defensive Lineman of the Year and led the Bulldogs defensively with 14.5 sacks and 21.5 tackles for loss this season, ranking among the nation’s best in both categories. He also finished the year with five forced fumbles and totaled 63 stops, including 30 solo tackles.

The Bulldogs finished the year with a perfect 14-0 record, beating Valdosta State (Ga.) 58-17 in the national championship game on Dec. 18 in McKinney, Texas. FSU also won a third consecutive GLIAC Championship this year.