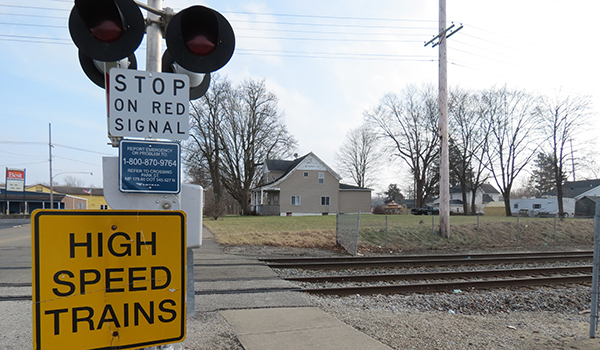 DOWAGIAC – The son of a Dowagiac resident struck and killed by a high-speed train is calling for better safety measures at pedestrian train crossings. 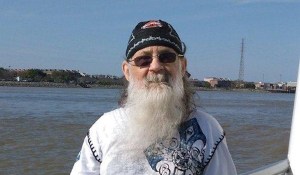 David Hanson, 69, was struck and killed Thursday, Dec. 16, by a train traveling 110 miles per hour through Dowagiac. According to his son, Thomas Hanson, David was hard of hearing, diabetic and needed a walker to get around.

David had used Dial-A-Ride to get into town, according to his son, but had to cross the tracks to return some items at U.S. Lumber when he was struck.

“The video shows my dad was looking down, moving the walker,” Thomas said, adding that witnesses were trying to get his attention as he crossed the tracks. “He can hear, but he can’t really hear if he’s not focused on what he’s trying to hear. … There was no indication that he looked up.”

The passing train is authorized to travel 110 MPH through Dowagiac, according to Amtrak spokesman Marc Magliari.

“Although some of our trains stop at the Dowagiac station, Train 351 – the one in this incident – does not,” Magliari said. “There is no indication the warnings by the train or the crossing were not activated.”

While Thomas Hanson said the road crossings were activated in the video, he believes there should be more safety measures in place for pedestrians.

“The safety arms don’t cross the sidewalks,” Thomas said. “A safety cross bar would be helpful in an area where elderly people cross. If there was, my dad would have stopped.”

Standards for crossings and warning devices fall under the jurisdiction of the Michigan Department of Transportation. MDOT Communications Manager Michael Frezell said there is no state or federal requirement to have a separate pedestrian arm at a sidewalk crossing.

“All public crossings are subject to regular safety reviews per federal guidelines that govern selection and placement of warning devices,” he said. “The design and function of visual and audible warning systems is to provide advance notice of an approaching train for all crossing users regardless of age or physical ability.”

Thomas said the family has not received any correspondence from Amtrak, and he sees it as a lack of compassion for his father’s life.

David Hanson and his wife, Marie, had recently moved to Dowagiac after more than a decade of living in Louisiana, where they had survived two major hurricanes, according to Thomas.

“He was a Type 1 Diabetic since he was a kid, and survived that too,” Thomas said. “It’s a sad story. To say all this about a guy and now he gets hit by a train, and there’s nothing that comes from that. It’s unheard of.”

Thomas described his father as a loving, caring, understanding man who loved his grandchildren. He said the family does not have the means to afford paying for a funeral on their own. They have set up a GoFundMe to help pay for funeral expenses at gofundme.com/f/ys253w-funeral-arrangements.

According to his obituary, David is survived by his wife, three sons, many grandchildren and extended family. A memorial service will be held at 1 p.m. Tuesday, Jan. 4, at Wagner Family Funerals Connelly Chapel in Cassopolis.