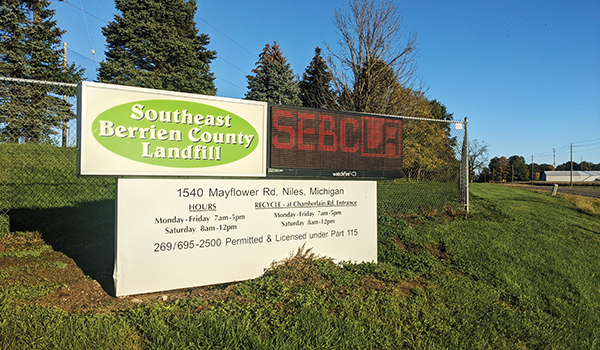 NILES — Trash was the topic at hand during the Niles Charter Township’s final Board of Trustees meeting of the year.

The board unanimously approved a resolution in support of expanding landfill operations at the Southeast Berrien County Landfill during Monday’s meeting at Niles Charter Township Hall, 320 Bell Road.

The Southeast Berrien County Landfill, 1540 Mayflower Road, Niles, is operated by the Southeast Berrien County Landfill Authority on behalf of five owner municipalities — Buchanan City, Buchanan Township, Niles City, Niles Charter Township and Bertrand Township. The Authority commissioned a study for the possible expansion of landfill operations to extend the landfill’s useful life and is requesting each owner municipality approve a resolution in support of the study’s recommendations and expansion of landfill operations. Each municipality voted in favor of expanding the landfill.

The expansion would increase the landfill by 4.5 million cubic yards, which would give the landfill an additional 27 years of use until its closure. A post closure fund will be set aside to pay the operating costs 30 years after the landfill is shut down, which is a state-mandated regulation.

“If [the landfill] was in Niles Township, I might not be so happy to approve it,” said Treasurer Jim Ringler. “Nobody wants a landfill in their backyard that is going to get another 13 years higher. … If we don’t have a landfill in the county, it’s just not good. You have to dispose of your solid waste. If we don’t approve it, it means it will close in 12 years. I think we would have more options if it was open.”

Trustee Chris Vella was concerned about the impact landfill expansion would have on the environment, but trustee Dan Pulaski assured her that the state is taking the necessary steps to prevent per-and polyfluoroalkyl substances, also known as PFAs, from entering the soil and water system.

“The state is on top of that,” Pulaski said. “The management at the landfill is in compliance with the state, above and beyond, I would say.”

Pulaski went on to say that the SBCL burns off and sells landfill gas to create electricity. Trustee Herschel Hoese said that in recent years, the landfill has been trying to preserve space for future use.

“The people in the trash haulers come from all over to dump their trash,” he said. “It was never designed for that but if you didn’t have them, you probably wouldn’t be able to balance your books either. … [The landfill] is going to be bigger and it will be around longer and that’s a convenience for us. The downside is that when it’s all done you’ll have a mountain out there.”

The sidewalk project is part of a $26 million reconstruction of the US-12/M-51 interchange and the US-12/Third Street intersection in Niles Township, where indirect left turns, or “Michigan lefts,” will replace the current US-12 intersections with Third Street and M-51. MDOT said that crossings will be placed at both the US-12/M-51 and M-51/Bell Road intersections, connecting the township east of M-51 to the Indiana-Michigan River Valley Trail, a 17-mile trail connecting Niles to Mishawaka.

Construction is expected to start in 2023. MDOT will remove existing bridges, reconstruct one mile of US-12 and resurface 2.5 miles of M-51. 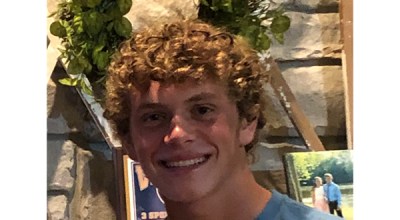 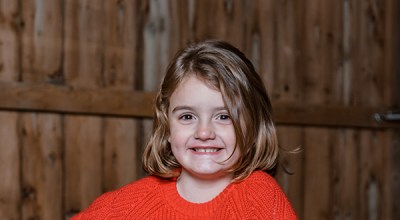 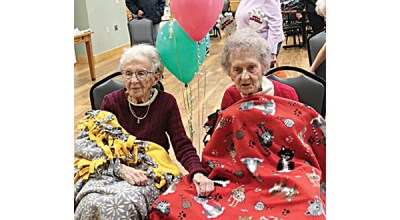