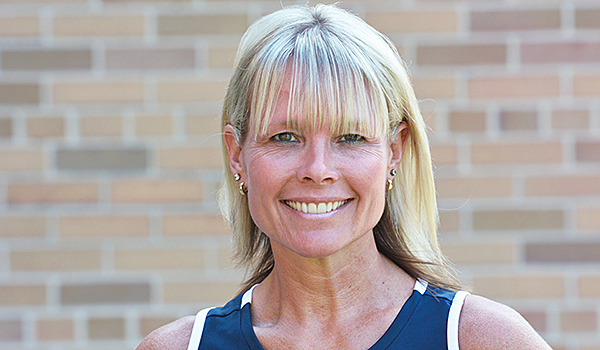 DOWAGIAC — After 10 years of building the Niles volleyball into one of the top programs in the state, Jenny Nate has resigned to become the new Southwestern Michigan College coach.

As Southwestern Michigan College did with wrestling, the school is turning to an alum to help revive its volleyball program, which has been dormant for more than 25 years.

The Roadrunners are hoping that Nate, who played volleyball, basketball and softball at Niles before competing in both basketball and volleyball at Lake Michigan College, can build SMC into the same powerhouse she has at Niles.

After earning an associate’s degree at LMC, where she was captain of the volleyball team, Nate earned a certificate in medical transcription from Southwestern Michigan College in 1997. She earned a bachelor of arts degree in secondary English from Western Michigan University.

She returned to her alma mater to teach, took over a struggling Vikings volleyball program, and turned it into a perennial winner, which included three conference championships, two district championships, and Niles’ first two regional titles in school history, including the 2021 crown.

The decision to leave Niles was not an easy one, Nate said.

“It has been one of the toughest decisions of my life,” she said. “When I stepped back, and Joe [SMC President Dr. Joe Odenwald] came and talked to me about building [a program], he mentioned that I had been building at Niles for 10 years. He said, ‘come down the road and help us build.’ I am always telling my players, ‘you need to get out of your comfort zone. You have to make big goals. You have to go after what you want and make it happen.’ Here with SMC presenting me with this opportunity, even though I love my players and I love my Niles program, I just kept going back and forth.

“I wanted to keep building at Niles, but I kept looking at this opportunity that SMC was bringing to me that not only allows me to continue to help the girls at Niles, but I can reach out to the whole area. We have some amazing athletes around here. We have some of the best players in the state in our surrounding area. Our athletes don’t always get seen. This is a chance for a lot of hometown kids to get a chance to play at the next level they otherwise might not have.”

Odenwald is excited to put another piece in place at Southwestern as it rebuilds its collegiate athletic programs. With the success of the Roadrunner men’s and women’s cross country teams this past fall, Odenwald, and SMC Athletic Director and Men’s Basketball Coach Rodell Davis Sr., are looking forward to adding wrestling, volleyball, men’s basketball and women’s basketball in 2022.

“We could not be more pleased to have Coach Nate on board,” Odenwald said. “It was evident from the minute we met that she has tremendous energy and enthusiasm for the sport. She will build a program based on a culture of positivity, teamwork, work ethic, determination and grit. I can’t think of a better role model for future Roadrunners and the young women who play for her will benefit their whole lives from the experience.”

“I am excited to have Coach Nate joining the SMC family as our new head women’s volleyball coach,” he said. “Jenny brings a wealth of experience as both a student-athlete and a coach. As we looked to fill this position, it was clear from the beginning that she possessed all the qualities we were seeking. Having a chance to watch her coach in person was a huge factor in our pursuit of her to lead our program. She really connected with her young ladies and provided sound leadership. As an educator, she understands the importance of academics and will push her team to be high achievers in the classroom.”

In her 10 years of coaching at Niles, Nate has developed a network of coaches throughout the state she hopes to reach out to when it comes to recruiting potential players. She also coaches in the offseason the 17 Teal Elite team from the Dunes Volleyball Club in LaPorte, Indiana, which he hopes can help her land some players from northern Indiana as well.

Students interested in playing volleyball at SMC should contact Coach Nate through the recruiting form at swmich.edu/athletics.