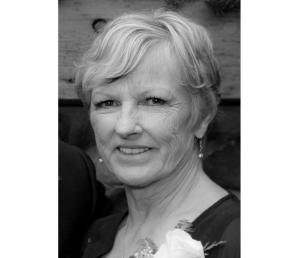 Laraine Maxine Clupper, 65, of Dowagiac, passed away in her home on Sunday, Dec. 19, 2021. Arrangements have been entrusted to Clark Chapel, 405 Center St., Dowagiac.

Laraine was born on April 20, 1956, in Dowagiac, to the late Frank and Maxine (Seals) Ausra. She was a 1974 graduate of Dowagiac Union High School. On Oct. 1, 1977, she married Stanley Clupper. As newlyweds, Stan and Laraine started the plans for the construction of their house on Peavine Street. The plans were drawn on a napkin while they ate dinner. Family and friends helped construct their family home. The doors in the house came from Laraine’s employer at that time, Jessup Door. Laraine would later go on to work for the Dowagiac Union schools, as the math and migrant education paraprofessional at the Dowagiac Middle School, eventually retiring from there.

A private family service will be held. Final resting place is at Mission Hills Memorial Gardens. In lieu of flowers, memorial contributions may be made in the form of planting a memory tree or bush for the birds and animals, as she herself did for many families that were grieving. Friends wishing to leave the family a message of condolence may do so at clarkch.com.