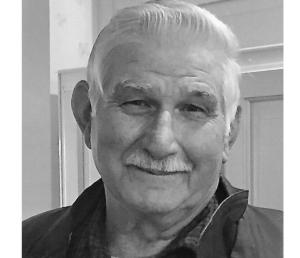 Our earthly father, Donald C. Herter, 83, of Dowagiac, slipped the bonds of earth and went home to be with his Heavenly Father on Thursday, Dec. 16, 2021. Dad passed away, after a long and valiant battle with COVID-19.

Don, as most people called him, was born on June 3rd, 1938 in the Kipling region of Saskatchewan, Canada. He was one of 11 children born to Henry and Wilhelmina Herter. While still young, he, his parents and siblings immigrated to the U.S. and began farming in the Dowagiac area. After graduating from Dowagiac High School in 1957 Don met and married the love of his life, Diana Adams. Our wonderful parents married on February 21, 1958 and enjoyed a loving and faithfully dedicated, 63 years together prior to Mom’s passing in February 2021.

Our Father Don followed in his parents footsteps and began farming shortly after his marriage. In addition to farming Dad also became a skilled carpenter, builder and along with son Todd, owned a small business specializing in skilled concrete work. For most of his life he farmed and worked in the building trades simultaneously. For many years Don was on the construction team for the Donald C. Cook Nuclear plant. He would leave at 6:00 a.m. for his construction job returning home around 4 p.m. After a quick snack he was on the tractor, or working one of another dozen farm projects needing to be finished until well after dark. After a late night dinner it was back to bed for 6 hours and the next morning he began the cycle all over again. Don worked very hard to be an excellent provider for his family and he modeled to his children over the course of his life, the importance of integrity, honesty and a strong work ethic.

Dad was also active in church related projects and serving the community all throughout his life. He helped in the founding, building, and served as a member of the board of Grace Christian School near Watervliet. Don, along with Diana also served as Church Youth Group leaders and activity sponsors. Many times during our growing up years my parents hosted pizza parties and cookouts for large numbers of high school and college age young people.

Our Father Don was also a licensed building contractor and best known locally, as a township Building Inspector for several municipalities. For the last 40 + years he served thousands of township residents living in Berrien, Cass and Van Buren Counties. When he passed away, he was still going strong, serving as the Building Inspector for Keeler, Pokagon and Wayne townships. As busy as he may have been he always had time for his children, grandchildren and great-granddaughters. He never met a stranger and often someone would come up to us, that we didn’t know, and tell us about how Dad helped, encouraged or assisted someone else. He had no desire for “stuff” or the finer trappings of life. What really energized him was being around people………and driving his old John Deere.

In the last several years he demonstrated the sanctity of vows, sacrificial love and the importance of devotion at all costs. For the last seven years, our Mom suffered dementia and He refused to allow anyone, other than him to be her caregiver. He took care of her at home until the day, last February, that she went home to be with the Lord and wait until she could be reunited with her “Donnie”………………..and now they are.

Friends and the public are invited to meet the family on Tuesday Dec.  21, from 5:30 until 7:30 p.m. There will be a family only funeral at Michiana Church of Christ, Wednesday, Dec. 22, followed by internment at Mission Hills Cemetery.

As his family who’ve seen Covid up close and personal, we ask that a mask accompany your attendance at the public visitation. Thank you for understanding our request.

In lieu of flowers please consider a memorial donation a charity that was close to Dad’s heart: The International Fellowship of Christians and Jews at. ifcj.org.