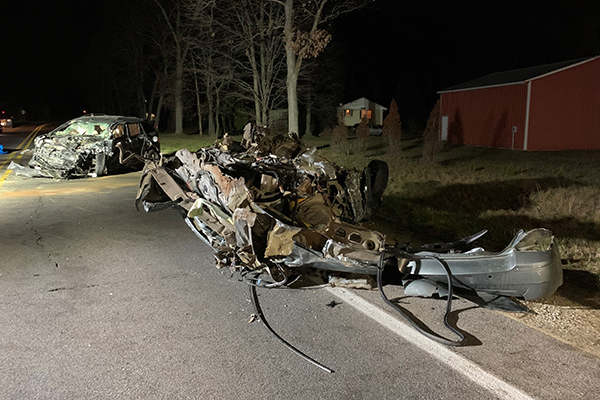 HOWARD TOWNSHIP — A 5-year-old child and his father were killed in a two-vehicle collision in Howard Township Friday evening, according to the Michigan State Police.

Officers arrived at the scene on M-60 near Pine Lake around 8:15 p.m. Friday. There they learned that the driver of a Ford passenger car was driving at a high rate of speed when he crossed the center line, causing him to crash into an eastbound Ford Edge.

The driver of the Ford Edge, a 39-year-old South Bend man, and his passenger, a 39-year-old Niles man, were transported to Beacon Memorial Hospital in South Bend for treatment of non-life-threatening injuries.