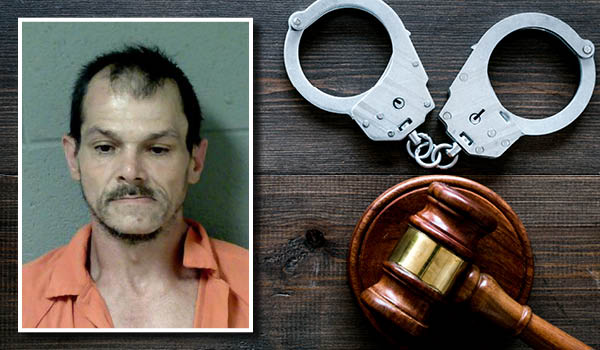 CASSOPOLIS — An Edwardsburg man will spend Christmas in jail after being sentenced Friday in Cass County Court.

Robert William Russell II, 46, of South Metcalf Court, Edwardsburg, pleaded guilty in three files and was given three concurrent terms of 365 days in jail with credit for 214 days already served. He must pay fines and costs of $3,244. He was out on bond at the time of Friday’s sentencing and ordered to report to the Cass County Jail later Friday.

The charges he pled guilty to were possession of meth, attempted resisting and obstructing police, assault with intent to do great bodily harm less than murder and assault with a dangerous weapon.

The meth and resisting police incident occurred Aug. 29, 2020, when police stopped his car near Five Points in Edwardsburg. The two assault incidents occurred July 22 and Aug. 18, 2020, at a home on South Metcalf in Edwardsburg when he pointed and shot a gun at others.

“He needs to be aware that he literally dodged a bullet,” Cass County Prosecutor Victor Fitz said. “He should be going to prison, but we have had to settle for something less than satisfactory. Gun play is not tolerated in Cass County. Do a year in jail and get straight.”

Defense attorney Robert Drake said Russell’s problems were fueled by his meth addiction. He said his client is employed and is treating his addiction.

“If he gets straight and stays sober, all signs indicate that he can contribute to his own life and society as well,” he said.

Russell asked to be able to spend Christmas with his family, but Cass County Circuit Judge Mark Herman said his hands were tied in granting that request. He warned Russell to realize that any future criminal convictions will likely result in a prison sentence as he now has seven felonies and 11 misdemeanors.

“If you ever pull a gun on someone again, expect a good long prison sentence,” he said.