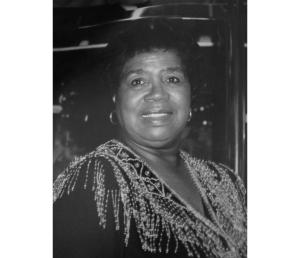 Her life began June 29, 1932, in Chicago, Illinois, the fifth of six children born to Joe and Azell Evans. She married Harold Richard Puckett who preceded her in death after eighteen years of marriage.

Rosalie loved to dance and was a dynamic cook. She enjoyed crafts such as ceramics and doll making. She had a wonderful sense of humor and kept everyone laughing. Rosalie liked fishing and always came home with a catch.

In addition to her husband, she was preceded in death by her parents; two sons, Joseph Dillon, Harold Brian Puckett; one sister, Deloris Evans; and three brothers, Chester Evans, Virgil Evans, and Joe Evans.

Ms. Puckett’s remains will be laid to rest next to her beloved son in Oakdale Cemetery in Vandalia, Michigan.

Patricia A. Durben, of Edwardsburg