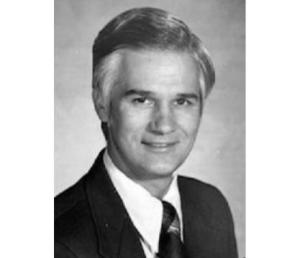 On Dec. 7, 2021, Roger Hargreaves, of Niles, passed away peacefully of natural causes. Roger was born in Niles on March 28, 1942, to the late George and Josephine (Cerlesi) Hargreaves, and raised along Oak Street with his brother, Gary. Roger was a three-sport athlete at Niles High School competing on the football, basketball, and golf teams. He also began dating his future wife, Luann, while in high school which eventually led to a marriage that flourished for almost six decades.

Roger attended Central Michigan University on a golf scholarship where he earned bachelor’s and master’s degrees in Education. Roger returned home to work for the Niles Community Schools initially as a gym teacher but served most of his career as an administrator. Over the next 38 years, Roger became a fixture in the Niles education system serving in various positions which included Assistant Principal (Ring Lardner), Assistant Principal (Niles High School) and Athletic Director (NHS).

Throughout his career, Roger had a significant impact on many kids, families and colleagues in the Niles community. Roger enjoyed coaching youth sports such as football, basketball, tennis and golf over the years. Roger will primarily be remembered as the head coach of the Niles girls varsity basketball team, a highly successful program that Roger helped develop and foster for over a decade.

In 1995, Roger transitioned from his role as an Administrator to a guidance counselor. He welcomed the change by describing it as shedding the “strict guy” persona to become everyone’s “Mr. Nice Guy.” Roger served in that capacity for eight more years before retiring in 2003.

In his free time, Roger enjoyed playing golf, paddle tennis, and spending time with his “bride,” family and friends. He was a lifelong member of the First Presbyterian Church and a member of the Economic Club of Southwestern Michigan.

Roger was preceded in death by his parents and his spouse. He is survived by his two sons, Paul (Susie Weldy) Hargreaves, of Niles, and Dan (Wendy) Hargreaves, of Milwaukee, Wisconsin; his brother, Gary (Della) Hargreaves, of Cape Coral, Florida; sister-in-law, Sue Harger, of Niles; grandchildren, Lauren, Michael, Mathew, Madison, Chloe, Brian, Brittney, Taylor, and Toby; three great-grandchildren; along with nieces (Tracee, Tami), nephews (Todd, John and Craig) and many close friends.

The family would like to recognize the staff at Buchanan Meadows and Caring Circle Hospice for their compassionate care of Roger.

Memorial donations in Roger’s memory may be made to The Foundation at First Presbyterian Church, 13 S. Fourth Street, Niles, MI 49120.

Photos of Roger, memories of your time together, and condolences for the family may be shared at BrownFuneralHomeNiles.com.