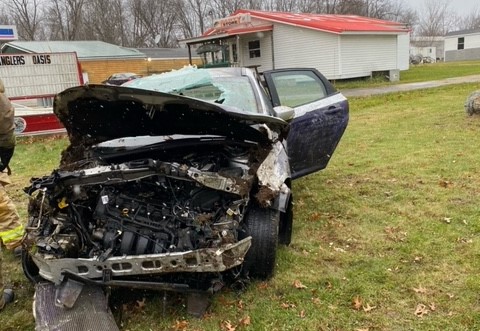 CASS COUNTY — A Kalamazoo mother and her infant son were transported to Three Rivers Hospital after a single-vehicle crash on M-60 in Newberg Twp., Cass County on Saturday.

According to according to Cass County Sheriff Richard Behnke, Annamae Davis, 24, was traveling with her three-month-old son when she fell asleep and the vehicle left the roadway. The vehicle then traveled down the shoulder and struck a culvert which caused the vehicle to go airborne and overturn upon landing. Emergency personnel responded to the crash scene about 2:45 p.m.

Davis was wearing a seat belt and her son was in a child car seat. Alcohol and narcotics are not believed to have been a factor in the crash, according to police.

Deputies were assisted on scene by Newberg Fire/Ambulance service. This crash remains under investigation.