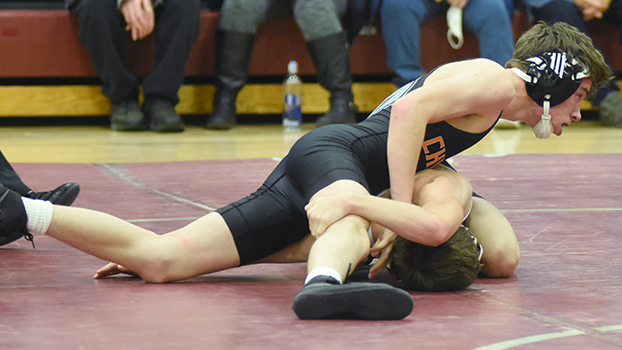 The Dowagiac wrestling team was 5-0 at the Vicksburg Invitational Saturday. (Leader photo/SCOTT NOVAK)

The Chieftains will open up their Wolverine Conference championship defense as they travel to Edwardsburg Wednesday.

Brandywine was 1-4 on the day.

The Bobcats are back on the mat Wednesday as they host Decatur, Colon and Union City in a quad.

The Vikings will travel to Three Rivers for their first Wolverine Conference match of the year.

Lakeshore easily won the tournament with 226 points, while Whitehall was second with 176. the Eddies finished with 88 points.

The Eddies will host Dowagiac in their Wolverine Conference opener Wednesday.