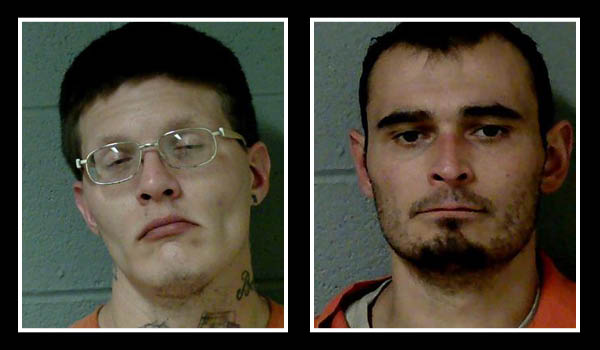 CASSOPOLIS – Two men were sentenced Friday in Cass County Circuit Court to one year in jail on drug charges.

“He is making a mess of things in his life,” Cass County Prosecutor Victor Fitz said. “He also has an assaultive flavor to his lifestyle in addition to drug convictions. This is not a good track record. I do give him credit, he was honest with officers.”

In another case, an Edwardsburg man was also sentenced to a year in jail for possession of meth.

Leon Lindell Myrick, 32, of State Line Road in Edwardsburg, pleaded guilty to possession of meth and was sentenced to 365 days in jail with credit for 273 days already served. He must pay $1,548 in fines and costs.

He also pleaded guilty to attempted tampering with evidence and was given credit for 225 days already served. He must pay $698 in fines and costs. He also had his probation revoked from a 2019 possession of fentanyl conviction.

Cass County Circuit Judge Mark Herman noted that Myrick’s wife died of cancer during this time, and Myrick has said that his time in jail has been the best thing to happen to him as it has allowed him to process his grief.

“Realize that when you do get out, there will be other stressful things that will come along,” he said. “You have to make sure you stay engaged in services.”

“You’ve been using drugs more than half of your life,” the judge added. “Without treatment and counseling, I will see you back here unless you engage in services. … You will be in prison at age 50 like your father was. He’s showing you where the wrong choice will lead you.”