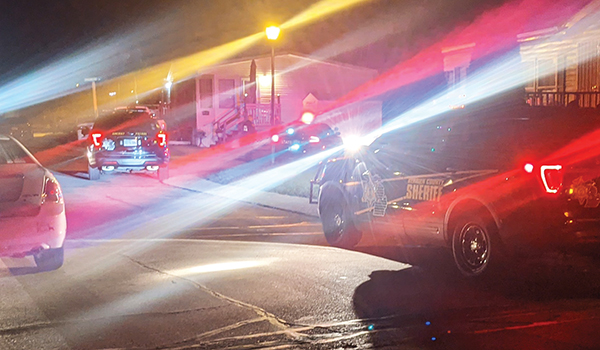 NILES — No charges will be filed in connection to a September officer-involved shooting that left an area man dead.

Berrien County Prosecutor Steve Pierangeli reported Friday that his office had concluded its review into the Sept. 30 death of Chaz McGowen, 28, who was killed following an altercation with Berrien County Sheriff’s deputies. After an investigation by Michigan State Police and a review from the prosecutor’s office, Pierangeli concluded the shooting was justified and no charges will result.

According to Pierangeli’s report, at approximately 10:34 p.m. Sept. 30, a 911 call was received reporting a man with a knife at Franklin Woods, in the 1900 block of S. 13th St., Niles Charter Township. The caller, who lived at the residence, indicated to dispatch that McGowen was present at the residence, would not leave the residence after being requested to, and was in possession of a knife.  The caller went on to indicate McGowen was acting aggressively and showed the caller the knife with a stabbing motion.

Berrien County Sheriff’s Office Deputies Preston Huddleston and Doug O’Dell were dispatched to the residence for the call. Dispatch advised the deputies the female caller indicated the male with a knife was threatening the caller with the knife in a stabbing motion. Dispatch also advised McGowen has been assaultive with police officers in prior instances.

At one point in the altercation, McGowen began to hit items off a kitchen counter and advanced toward the deputies with the knife in hand. Deputy Huddleston deployed two rounds from a less-lethal beanbag shotgun, striking McGowen in the abdomen.  McGowen still did not drop the knife.

Eventually, McGowen charged at the deputies with the knife in hand. In response, each deputy fired four rounds from their service pistols, stopping when McGowen hit the ground and then immediately started to administer lifesaving medical treatment. According to the report, McGowen was within feet of the officers when they deployed their firearms.

McGowen later died from gunshot wounds sustained in the altercation.

After a full review of evidence, the prosecutor’s office determined that the deputies’ actions during the incident were justified.

“Their use of lethal force was legal, constitutional and reasonable to immediately protect their lives and the lives of others,” the report said. “Deputy Huddleston and Deputy O’Dell were justified in their use of deadly force to stop the immediate, extreme danger posed by McGowen.  As a result, no further action will be taken by the Berrien County Prosecutor’s Office.”