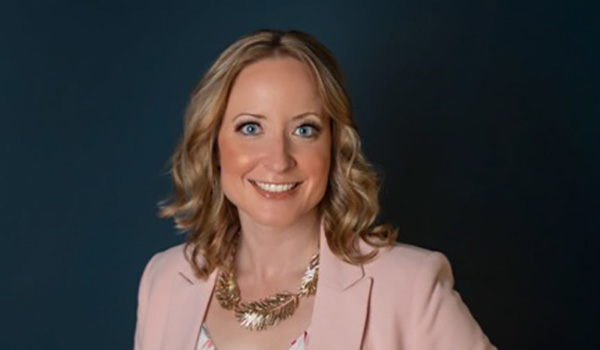 “Mathews’ dedication and passion for using her law degree to serve the families and children of Cass County is evident. Her experience and commitment to Cass County will be of great value to the Cass County Courts and Friend of the Court,” Dobrich said.

Mathews currently serves as the deputy Friend of the Court for Cass County – a position she has held for the last four years. Prior to serving as the deputy Friend of the Court, Mathews served as an assistant prosecuting attorney for the Cass County Prosecutor’s Office where she held various assignments such as Family Court APA, Child Support Division APA, District Court APA and Felony Drug APA. Additionally, Mathews has previously had her own private law practice in Dowagiac, Michigan where she specialized in domestic relations cases and abuse and neglect cases.  During her time in private practice, Mathews served as the city attorney for the city of Dowagiac. Mathews has also served as an adjunct instructor for Thomas M. Cooley Law School and Southwestern Michigan College.

Mathews earned her juris doctorate from Thomas M. Cooley Law School (now known as WMU – Cooley Law School) and bachelor’s degree in Political Science from Hope College.  Mathews is a lifelong resident of Dowagiac and graduated as co-valedictorian from Dowagiac Union High School in 2000.  Mathews is a certified OnBase system administrator and serves as the OnBase system administrator for the Cass County Friend of the Court. Mathews also currently serves as a Circuit Court Attorney Referee for domestic relations cases. Mathews will graduate from the ICM Court Certified Manager’s program on Dec. 10, as a certified court manager.

“I have always firmly believed that it takes a village to raise a child and have seen firsthand the dedication that the residents of Cass County have to creating a strong community that serves its families and children.  It is because of this dedication that I have always strived to use my law degree to serve Cass County in a manner that assists in building the strong community our families and children deserve.  I am humbled and honored to be appointed by Chief Judge Dobrich to serve as the next Circuit/Probate/Family Court Administrator and FOC Director for Cass County and look forward to continuing to use my law degree to serve the Cass County community,” Mathews said.

As the Circuit/Probate/Family Court administrator, Mathews will work closely with the chief judge on policy issues, budgets, and administrative issues for all three courts. As the Friend of the Court director, Mathews will supervise and oversee the Cass County Friend of the Court Office to ensure performance of its duties related to the enforcement of child support.  She will continue to serve as a Circuit Court attorney referee in her new position.