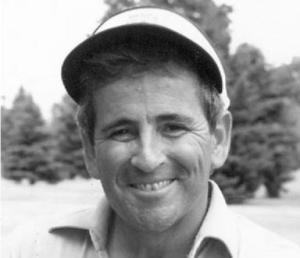 John Steimle was a longtime resident of the Indian Lake area. He and his father, Forest Steimle, operated a 400-acre fruit farm on the west wide of Indian Lake. John attended Dowagiac High School and Michigan State College (now University) where he majored in business and was a member of the golf team for three years.

John’s parents, Forest and Harriet, developed the west side of Indian Lake in the 1920s and 30s. John’s father founded and built the original nine holes of the Indian Lake Golf Course in the early 1920s, and John built the second nine holes in the 1960s.

In the 1970s, he left farming and became Chairman of Southern Michigan Cold Storage in place of his uncle, Carl Steimle. Together with Jordan Tatter, they developed the business from the original warehouse in Sodus, Michigan, to a successful multi-state enterprise.

John was a director of the Western Golf Association (Evans Scholars Foundation) and the Berrien Community Foundation. He was an excellent golfer and was a member of the Point o’ Woods Country Club. He was the first Chairman of the Western Amateur Golf Tournament that was hosted by the Point. John became a helicopter pilot and flew for both business and pleasure.

He is survived by his wife of 67 years, Mary Ann; his son, Jon David of St. Charles, Ill.; his daughter, Debra Shawn of Indian Lake; and three grandchildren: Lauren Nicole Steimle, Amanda Renee Steimle and Jacob Daniel Steimle. He is also survived by his two great-grandpuppies, Annie and Toby.

John was known for his absolute honesty and integrity. He was loved and admired by all who knew him and will be sorely missed.

There will be no funeral service. Details will be forthcoming on a visitation after the holidays. In lieu of flowers, donations may be made to the Berrien Community Foundation or the Evans Scholars Foundation. Please share memories online at bowermanfuneral.com.