Man who exposed himself at a Sister Lakes laundromat has bond set at $25,000 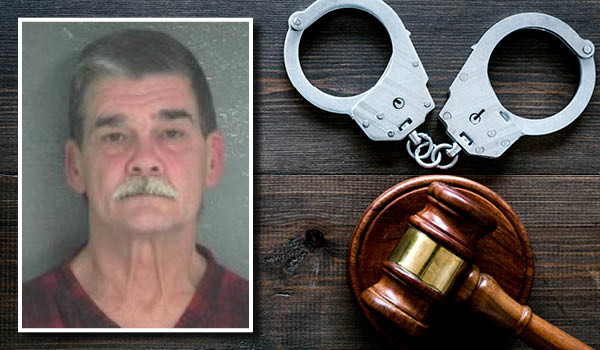 SISTER LAKES — A man who exposed himself to a mother and child at a Sister Lakes laundromat has been arraigned on aggravated indecent exposure charges.

On Monday, William Husenita, 60, Keeler Township, was arraigned in the Van Buren County’s Seventh District Court East on the charge of aggravated indecent exposure. His bond was set at $25,000 cash/surety, which the defendant has since posted and been released to await further court proceedings.

The charges stem from an incident that took place Saturday in the Sister Lakes area.

The Van Buren County Sheriff’s Office reported Monday that Husenita was arrested and charged with two felonies after exposing his genitalia and touching himself in the direction of a girl, 11, and her mother, 46, at a laundromat in the 66000 block of 95th Avenue in Sister Lakes on Saturday.

The manager of the laundromat provided deputies with security camera footage of the incident and the registration of what was believed to be the suspect’s vehicle, according to a press release.

Husenita was lodged at the Van Buren County Jail pending arraignment on the charges of aggravated indecent exposure and accosting a minor for immoral purposes.

It was later found that Husenita also pleaded guilty in 2013 to a misdemeanor charge of disorderly person – obscene conduct in Berrien County, according to the release.

In this matter, Husenita’s pre-exam conference is set for Dec. 15.