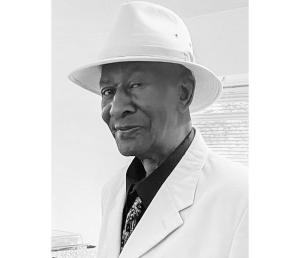 He was born on July 21, 1935, in Joiner, Arkansas to the late John William Murphy Sr. and Mattie (Rixter) Baker.

John proudly served his country with honor as a private first class in the United States Army (Japan).

John was a hardworking man and spent the majority of his career with Clark Equipment and AT&T. He was well known in his community and enjoyed spending time with family and friends playing card games, watching Westerns, and sharing words of wisdom with young men. John also loved music and was proud of his time spent with Jr. Walker and the All Stars.

John leaves to cherish his memory his children, Wanda Thompson, Marilyn Baker, Samuel Murphy, Deborah Murphy, Donna (Murphy) Lemons, and Ralph Murphy, all of Niles, Brandon (Jana) Murphy, of South Bend, Calon Murphy, of Niles, Cassandra Burch, of South Bend, and Chelsea Adams, of Carmel, Indiana; his step-children, Delores (Smith) Love, of South Bend, Bruce Smith, Enners Smith, Jeanette Smith, all of Ypsilanti; his sister, Lucille (Burrow) Webster, of South Bend; his cousin Peter Rixter Jr. of Chicago who was like a brother to him, and a host of grandchildren, great-grandchildren, nieces, nephews, cousins, and countless other lives he touched.

Funeral services to celebrate John’s life will be held on Saturday, Dec. 11, 2021, at 10:30 a.m. at Brown Funeral Home at 521 East Main St. in Niles with visitation beginning at 9:30 a.m. An interment will be held at Silverbrook Cemetery with full military honors rendered. A repast will be held at Mt Calvary Baptist Church at 601 Ferry St. in Niles directly following the interment.

The family would like to offer special thanks to Heart to Heart Hospice for the comfort and care they provided John in his final days.

Arrangements have been entrusted to Brown Funeral Home and memories of John may be shared with his family at BrownFuneralHomeNiles.com.