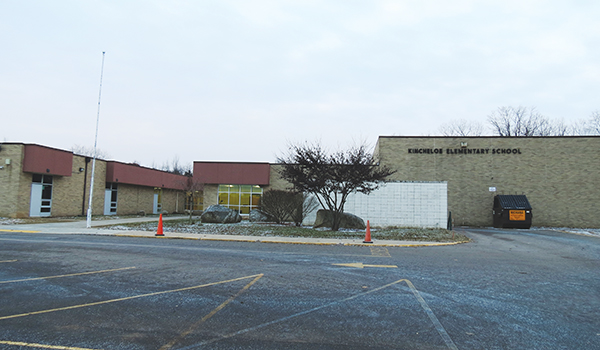 Days before Kincheloe Elementary school students were set to perform their winter musical program on Monday, several district parents contacted the school concerned about rainbow imagery and themes within the program.

In an effort to get ahead of swirling rumors regarding the connotations of the rainbow theme, Kincheloe Principal Cathy Stone and Dowagiac Union Schools administrators sent a letter to Kincheloe families Friday, Dec. 3 ahead of Monday’s performance, entitled “A Rainbow Christmas.”

“Santa and his crew explain that the world is full of different colors and that they should be tolerant and accepting and share their world with others whose colors are different than theirs,” said the description of the program, which was included in the letter to parents. “The black and white creatures realize that their visitors are right and change the name of the forest to The Rainbow Forest and invite creatures of all colors to join them in their celebration.”

Stone said in response to learning the themes of the show, at least four parents contacted the school, and rumors began circulating on social media of gay pride messages within the program.

“Some families have expressed concerns because of the ‘rainbow’ mentioned in the title,” Stone wrote in the letter. “It is just a rainbow of color. It has no connotations for homosexuality or gay pride. We’ve also heard comments that a gay pride flag will be flown. That is untrue. For visual effects, students will be waving multicolored dancing ribbons.”

According to DUS Superintendent Jonathan Whan, the district responded with the letter because the complaints were raised on Friday, and the program was taking place Monday evening.

On Facebook, several parents posted that they would not be allowing their child to participate in the show due to its subject matter, saying they believed the songs to be focused on race and sexuality, with some saying they planned to bring the matter before the board of education.

Stone said she thinks some parents were reading too much into the rainbow theme of the show and connecting it with gay pride.

“That’s why we wanted to dispel that it had nothing to do with any of those kinds of things,” she said. “It’s about acceptance.”

The letter to Kincheloe families also responded to rumors that there were no Christmas songs in the program, listing several titles including “Christmas is a Rainbow” and “Sing of Christmas time” and including a link to hear snippets of the songs.

“This is an educational program in which students have learned music and narration,” said the letter. “They’ve worked hard and just want to share it with their families.”

The letter itself caused another wave of social media comments and shares, with some community members questioning why the themes of the show were ever a problem.

Whan said the intent of the letter was not to disassociate with gay pride, just to clarify what the program was and was not about in a timely manner. Both he and Stone said the schools have recourses and counselors available for students in the LGBTQ+ community.

MaryJo Schnell, executive director of OutCenter of Southwest Michigan, which provides resources to LGBTQ teens across the region, said the letter was “spot-on,” and thought it was important for the school to note where the program was purchased from.

“There are always going to be some parents who don’t like a program or something in the school curriculum,” Schnell said. “However, that does not give them unilateral veto power regarding the school’s decisions on musicals, curriculum, et al. I will add, however, that we do support the display of rainbow flags that can signal to LGBTQ+ at-risk students that the school is a safe place for them. Acceptance and affirmation save lives.”

Despite social media controversy, Stone said Monday’s performance went off without a hitch at the Dowagiac Performing Arts Center, and everyone involved was relieved to enjoy the winter program after not having one last year due to the COVID-19 pandemic.