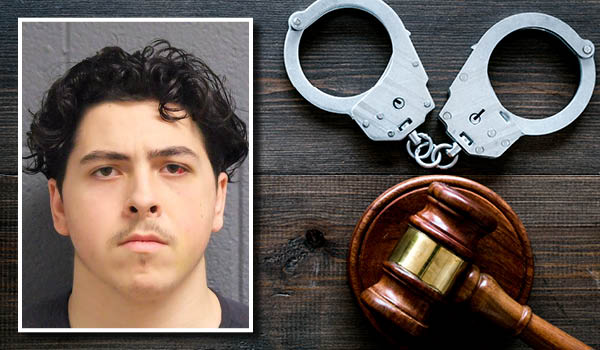 NILES – A Niles man is going back to prison after being convicted of resisting and obstructing police in September.

The incident occurred Sept. 16 in Niles when he assaulted his girlfriend and resisted and obstructed police. A charge of assault with intent to do great bodily harm less than murder was dismissed.

The prison and jail terms are concurrent with each other but consecutive to any sentence he receives for violating his parole from August 2019 prison sentences for resisting and obstructing police and home invasion. He has credit for no time served as he was on parole at the time of the incident.

Defense attorney Sean Drew said his client is taking responsibility for his actions and recognizes that he needs counseling.

“He recognizes that he would benefit from an intervention,” he said.

Drew said this incident occurred three weeks after Ringer was involved in a gun incident.

Berrien County Trial Judge Sterling Schrock had a different view and spoke of two red flags he saw in the case.

“I guess a red flag is waving here at me,” he said. “I understand you were the recipient of some gun violence. The question is why someone on parole would be in a position to be the victim of gun violence. The domestic violence charge is the second big red flag. There were red marks on the victim’s neck.”

“You clearly refuse to abide by the terms and conditions of any supervision and react violently,” the judge added. “You fall into one of those categories where someone in my position looks at what’s best for society … You are clearly a significant risk, incarceration is the only way to protect the public. That is a reasonable basis for me to depart from the guidelines.”

Ringer’s past record includes a juvenile record for assault and weapons charges and adult convictions in both Berrien and Cass Counties. He was sentenced to probation for carrying a concealed weapon and home invasion in Cass County in 2019 and to prison for resisting and obstructing police and home invasion in 2018 and 2019 in Berrien County.