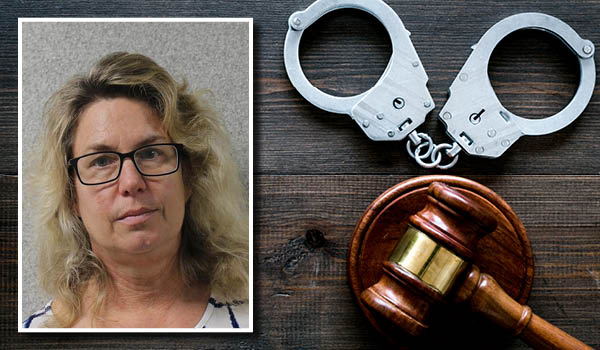 NILES — In Berrien County Trial Court, a Berrien Springs woman was convicted of solicitation of murder after a four-day trial last week.

A jury of four women and eight men found Alana Gonzalez guilty of hiring a hitman in early 2020 to kill her ex-husband’s girlfriend, Bonita Levi.

Gonzalez, 59, is scheduled to be sentenced Jan. 14 before Kalamazoo County Circuit Judge Pamela Lightvoet. The solicitation of murder charge carries a maximum penalty of life or any term of years in prison. She was taken into custody after the verdict Friday afternoon and is now in the Berrien County Jail.

Judge Lightvoet is presiding over the case because all Berrien County Trial Court judges recused themselves due to their association with Gonzalez’s ex-husband, Elvin Gonzalez, who is the Trial Court Family Division Administrator. Elvin Gonzalez and his girlfriend, Bonita Levi, began dating in 2018 and were married this August.

Alana Gonzalez’s testimony came at the end of the trial last Friday. Gonzalez admitted that she made an error in judgment in doing business with Quacy Roberts, the hitman, and giving him money, but she maintained that she hired him to scare, not kill her ex-husband’s girlfriend.

She said the events of early 2020 were precipitated by a visit from her son who informed her that he was getting married and he and his girlfriend wanted both sets of parents to share in the costs. She said she didn’t want to have to tell her son that she could not get any money.

She connected with Roberts after a chance meeting with an acquaintance of Roberts’ at a Benton Harbor gas station and her telling that man she needed to find a way to get more money. From late January through mid-March 2020, she met three times with Roberts and gave him more than $1,500 in cash and a debit card.

She also left voice mail messages and nearly 200 text messages during that time. She said she went along with words Roberts used such as “38 project,” “kill” and “kos” to appear streetwise. She said she thought “kos” meant “keep our secret” rather than “kill on sight.”

She denied ever agreeing to a plan in which Roberts would kill Levi or her ex-husband. “He said do you want them dead and I said hell no. He said do you want me to scare the s*** out of her, and I said, ‘yes, sure, whatever.’ I thought he would scare her away from my family.”

Gonzalez answered questions from the prosecutor and jury members with statements acknowledging that “I felt both of us (she and Roberts) were doing something very wrong” and that in retrospect she knows it was “a stupid decision” to continue to talk with Roberts and give him money.

When asked why she did actions that were illegal, immoral and wrong, she said her frame of mind was one of grief and anguish.

“I was in a 180-degree different place, that’s why I felt shame and remorse,” she said. “I was overwhelmed. I was making decisions then that I absolutely wouldn’t make today.”