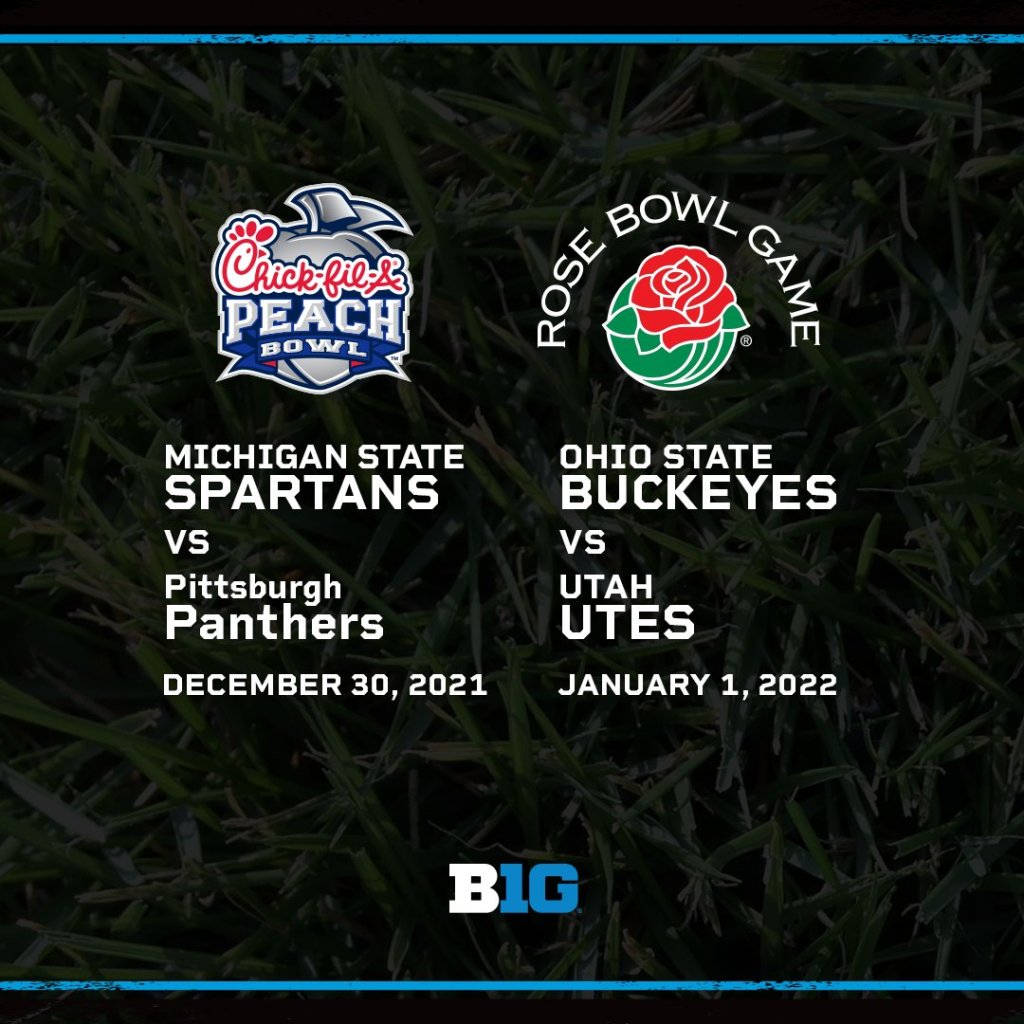 The Buckeyes last competed in the Rose Bowl following the 2018 season when they defeated Washington 28-23. This year’s game will mark the 72nd visit to the Rose Bowl by a Big Ten squad overall.

Ohio State captured a share of the 2021 Big Ten East Division crown, finishing the regular season with a 10-2 overall record.

No. 10 Michigan State earned a spot in the Chick-Fil-A Peach Bowl and will play No. 12 Pittsburgh. The Peach Bowl will be played on Dec. 30 at 7 p.m., at Mercedes-Benz Stadium in Atlanta. Michigan State will appear in the Peach Bowl for the first time in program history and becomes the sixth different Big Ten team to play in the game.

The Big Ten last had a team compete in the Peach Bowl in 2018 when Michigan faced Florida.

The Spartans finished the regular season with a 10-2 overall record.