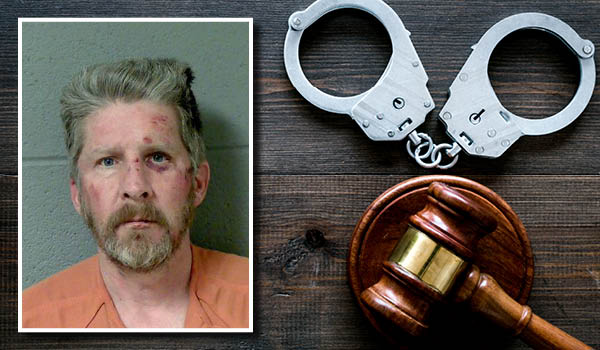 CASSOPOLIS — A alcohol-fueled assault has landed a Vandalia man with a probation sentence.

In Cass County Court Friday, Stuart Nihart, 58, of the 15000 block of South Street in Vandalia, was sentenced to three years’ probation, along with fines and fees, on charges of felonious assault, and resisting and obstructing police. Nihart pleaded guilty to the charges on Sept. 20.

The charges stem from an incident occurring Feb. 16, 2020, at a neighbor’s home in Vandalia. According to court testimony, on the day of the incident, the victim, a neighbor of Nihart’s, visited Nihart’s home. After the neighbor left, Nihart began drinking and chose to drive to and confront the victim at their home. During the confrontation, Nihart struck the victim and discharged a firearm into the ground. While police were investigating the incident, they found two bullet casings at the scene and discovered Nihart’s blood-alcohol content was .228.

Cass County Prosecutor Victor Fitz argued that Nihart should have been sentenced to prison.

“Being highly intoxicated, having a gun, hitting someone on the side of the head, it’s pure luck that something worse didn’t happen,” Fitz said. “Lives were certainly at stake.”

Nihart’s attorney, Anastase Markou, said his client regrets his actions that were influenced by his drinking.

“When he is not drinking, there are no issues with Mr. Nihart,” Markou said. “He served as a marine for 20 years for our country with no issues, no prior assault or allegations from him at any point in his life. As a client, he has been on time, respectful, courteous, polite. … This was a terrible day in his life. I understand he deserves some sanctions from this court, but I don’t think a year in the county jail or prison is appropriate.”

Judge Mark Herman noted that he was sentencing Nihart below the recommended guidelines due to Nihart’s lack of prior criminal record and that he is actively engaged in Veterans Affairs services as a marine veteran. However, Herman warned Nihart that he will have to take probation and treatment seriously to remain out of prison.

“Drinking and introducing a firearm into any confrontation only leads to problems,” Herman said. “It appears you have been letting alcohol take control of your life, at least recently, and that is what led you to court today. I sincerely believe that if you had not been drinking on that occasion, you would not be here today.”

For his part, Nihart said he regretted his actions when he spoke before the court.

“I accept the responsibility for my actions,” he said. “That was not me. It was not who I am and who I strive to be every day.”

The incident occurred Feb. 10, 2020, when Keen was arrested while attempting to drive away from the Dowagiac Family Fare parking lot after employees told police they suspected Keen was under the influence. Keen’s blood-alcohol content was .261. The incident was Keen’s fourth operating a vehicle while under the influence offense.

Keen was convicted by a jury in this case on Sept. 22.

The charges stem from two separate incidents occurring in January and June where police searched Prater’s home and found meth and paraphernalia.

Herman noted that Prater is in several treatment programs and is reportedly doing very well.

“I’m hearing great things about you and your progress,” Herman said. “These programs can be life-changing if you take them seriously. … I’m seeing in you that you are engaged and ready to make some positive changes in your life.”