NILES — With one of its top players sitting on the bench having fouled out, host Niles had to hold off a fourth-quarter rally by South Haven for a 57-43 non-conference win Tuesday night.

The Rams, a former member of the Wolverine Conference, tried to knock off the league’s new member, Niles, by outscoring the Vikings 19-13 in the final eight minutes after senior Amara Palmer picked up her fifth foul with 4:27 remaining.

The Vikings (1-0) were able to stave off the South Haven upset bid thanks in part to senior Kamryn Patterson’s game-high 25 points, which included six 3-pointers. Patterson’s six triples were just two shy of the Niles school record of eight by Maureen Craig, which was set in 2011 against Dowagiac.

Niles Coach Jessica Johnson said her team has a lot to work on, but she was happy to get the opening-night victory over South Haven. Among the things the Vikings will be concentrating on before its Wolverine Conference opener against Three Rivers Friday is getting more people involved on offense and playing better pressure defense.

“We don’t have our game legs yet,” Johnson said. “They are still working on getting into game shape. We got tired quick.”

Johnson said her team would also need more than the combined 46 points it got from Patterson and Palmer (21) moving forward.

“We don’t have a lot of experience,” she said. “Natalie Lucero will be one that will come along as the season progresses. She will get more looks as the season goes on. I am hoping she will be able to knock that shot down.”

After taking a 15-7 lead after one quarter, the Vikings were able to push their advantage into double digits, where it remained the rest of the contest. While Niles had a comfortable lead for much of the final three quarters, the advantage was never big enough to make the coaches feel like the game was out of reach.

“The back end of our full-court press we noticed on Friday, when we had a scrimmage, that we needed a lot of work on it,” Johnson said. “It was an improvement from Friday, but we need to make sure we have full-court awareness.”

Niles led 33-22 at halftime and by 20 points (44-24) heading into the fourth quarter. Once Palmer picked up her fifth foul, South Haven made a run at the Vikings, cutting the lead to 11 points before Brynn Lake’s pair of free throws extended the lead back to 13 points and ended the Rams’ upset bid.

Johnson said she liked how her team shared the ball and how it ran the floor. With that being said, it is the other end of the court is where the Vikings will be spending most of their practice time on.

“I am just really focused on getting the defense right,” she said. “If we are able to play hard on defense, we will be able to get some easy baskets on offense. We won’t have to work as hard on offense. That is what I am hoping for.” 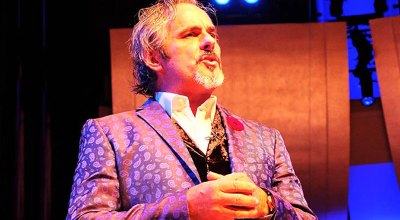