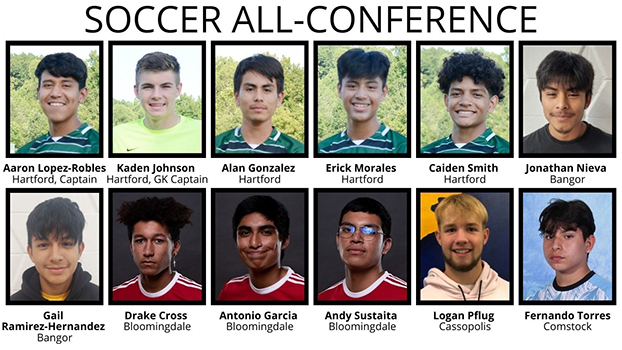 Bloomingdale had three players on the first team, while Bangor two and Cassopolis and Comstock one each.

Logan Pflug was the first-team selection for the Rangers. Cassopolis also had R.J. Drews named to the second team. Felix Audebert and Malachi Ward were honorable mention selections.