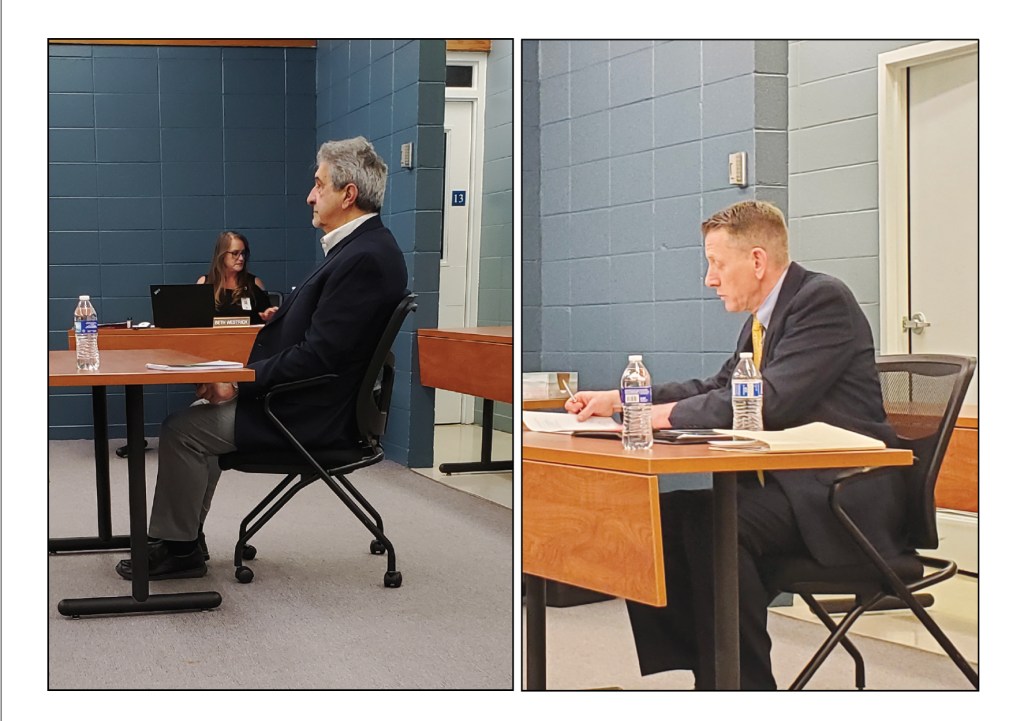 CASSOPOLIS — Cassopolis Public Schools are one step closer to finding its next leader.

Monday and Tuesday, the Cassopolis Board of Education interviewed four candidates to fill the role of superintendent in the district, a position that has sat vacant since former superintendent Angela Piazza resigned Aug. 2. Curriculum and Grants Coordinator Brooke Brawley has been serving as interim superintendent ever since.

“Choosing our next superintendent is a responsibility of critical importance to this board,” said Board President Deb Deubner. “We know that being the principal of a K-12 school district is an enormous job, and we need to find the right person for this moment in our district.”

Following interviews this week, the board decided to move forward to second-round interviews with John Ritzler, retired executive director of research and evaluation at South Bend Community School Corporation, and Frank Serge, retired principal at Elkhart Central High School. Also interviewed Monday and Tuesday but not selected to return for second round interviews were Bradley Geesaman, director of curriculum and assessments at Hartford Public Schools, and Michael Dunn, principal at Buchanan’s Moccasin Elementary.

Both Ritzler and Serge began their interviews with opening statements and a review of their background.

Ritzler, the first candidate to be interviewed Monday, grew up in Battle Creek, Michigan. He has taught in both Michigan and Indiana and served as a volleyball and cross country coach. He moved to South Bend schools in 1999, where he served in a central office position and sat on the superintendent’s leadership team. He retired in July 2020.

Ritzler said he was drawn to the Cassopolis superintendent position as he wants to continue working and is interested in serving a smaller Michigan district.

“I like the idea of a smaller, tight-knit community, and I like the idea of one high school,” he said. “It’s challenging in South Bend when I go to one football game, and I get asked why I wasn’t at the other. I like that [in Cassopolis] everyone goes to the same game, and it’s the center of the community. A tighter-knit, smaller community really attracts me.”

Serge, who was interviewed first Tuesday night, retired from Elkhart Central in July 2021. He started teaching at the middle school level before becoming an assistant principal. He later moved to an assistant principal position at the high school level before becoming principal. Over his decades of work, he oversaw school renovations, grant funding and more.

He said he was drawn to the Cassopolis position as he missed working with students.

“I just have this energy, and it hasn’t seemed to go away yet,” he said.

When asked about their leadership styles, both Ritzler and Serge talked about the importance of communication and collaboration.

“I would describe myself as collaborative in terms of leadership. Anything that isn’t collaborative isn’t sustainable,” Ritzler said. “I think one of my strengths that you’ll find in talking to people who have worked with me and for me in the past is finding ways to get some level of agreement between people of different opinions.”

Board members said that while they were impressed with all candidates, they were drawn to Ritzler and Serge due to their dedication to both community and communication.

“[Ritzler] repeatedly talked about communication being key in solving problems, and I really liked that,” said Secretary Teresa Dahlgren.

Serge and Ritzler will return Monday, Nov. 29 to present their 90-day plans and answer additional questions. Following interviews, the board will vote to hire one of the candidates contingent on successful contract negotiations. The first interview is set to begin at 5:30 p.m.