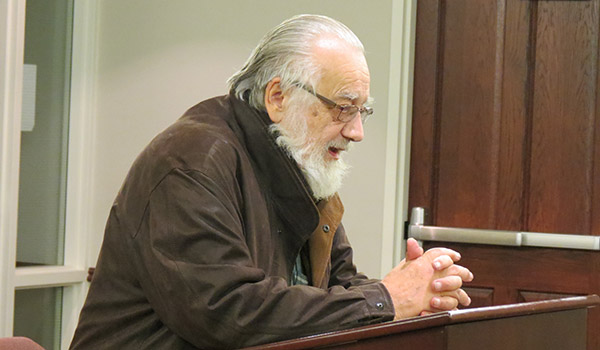 DOWAGIAC — The due diligence of a local citizen has paid off for the city of Dowagiac.

Prior to the meeting, Lorenz told City Manager Kevin Anderson about this, which gave Anderson time to confirm that Lorenz was correct.

“Bill’s right,” Anderson said during the meeting. “For some reason, most of last week’s bills also show up here. It looks like that report got run over a period that included both of them.”

Anderson said he will go and take a look at why it happened, adding there are many steps in the process of billing.

“Whoever buys the materials then submits the invoices to accounts payable, accounts payable then goes through them and processes,” he said. “They then ultimately go to the city treasurer, who reviews them before they come here to counsel. There’s something in that link that we’ve got to look at to strengthen because, obviously, this shouldn’t have happened. … So, I will double-check that and report back to council.”

Councilmember Patrick Bakeman asked Anderson if he would go back further and see if there were additional mistakes.

Mayor Don Lyons thanked Lorenz for bringing the issue to the council’s attention, and the council acted to pay the bill after subtracting the duplicate items from the previous bill sheet.

In other business, the council approved the Friday, Dec. 3 Candlelight Christmas Parade and appointed Zena Burns to the Downtown Development Authority.

Burns, along with her husband, Richard Jackson, owns the 1870 house, 306 W. Division.  In her application to the city, Burns said guests of the short-term vacation rental receive gifts and gift certificates to local businesses and are encouraged to shop at local establishments.

“I’m very passionate about Dowagiac’s potential, especially that tied to the Downtown Area – so much so that my husband and I made a sizable investment in opening 1870 House,” Burns wrote in her application. “We’re focusing on things like the aforementioned guest welcome amenities.”

Prior to moving to Dowagiac, Burns was active in the Anderson [Chicago] Chamber of Commerce as a small business owner. She ran Moxie Coalition, a company that provided marketing and business development services to large clients. She also has executive leadership experience with People Magazine Group and iHeartRadio, according to her application.