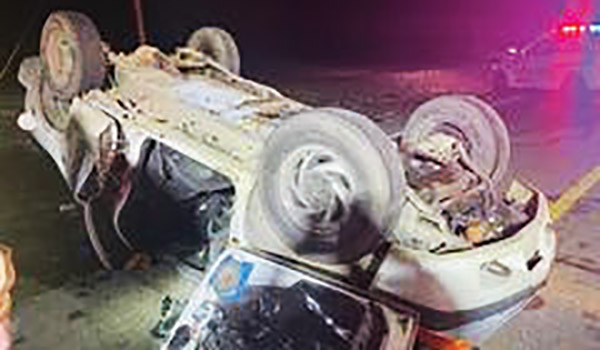 POKAGON TOWNSHIP — A Buchanan man was transported to the hospital Monday night after swerving to avoid a deer, according to the Cass County Sheriff’s Office.

Sheriff Richard Behnke reported that around 11:02 p.m. Monday, his office responded to the area of Pokagon Highway and Anderson Road in Pokagon Township for the report of a single-vehicle crash.

Christopher Combs, 43, of Buchanan, swerved to avoid deer in the roadway and lost control, causing his vehicle to overturn and land on its roof.  Combs was taken to South Bend Memorial Hospital for injuries sustained in the crash.

Alcohol and drugs do not appear to be factors in the crash, and a seatbelt was used, according to deputies.