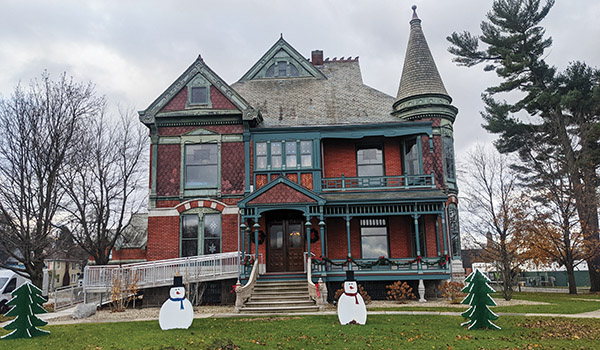 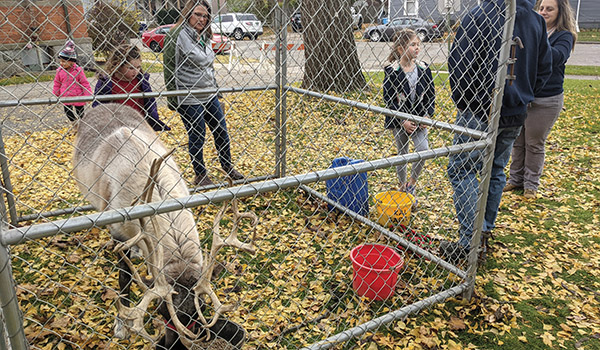 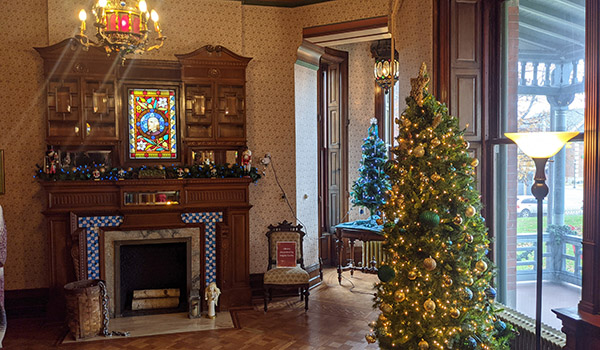 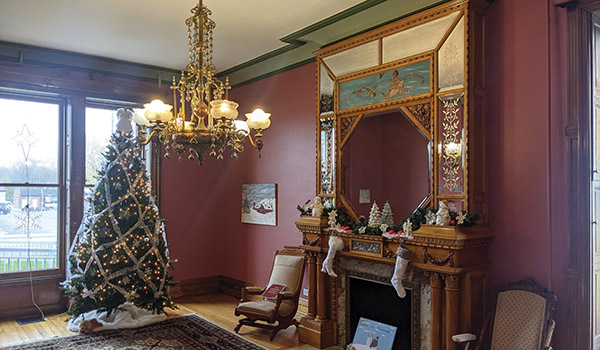 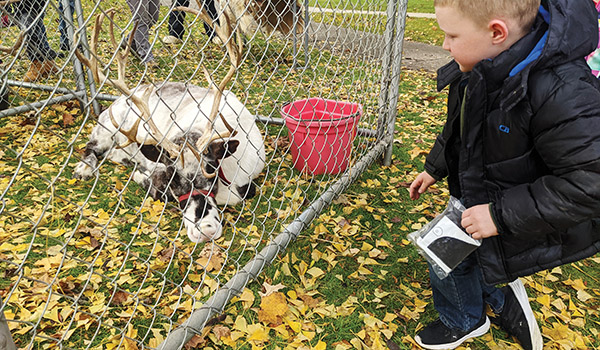 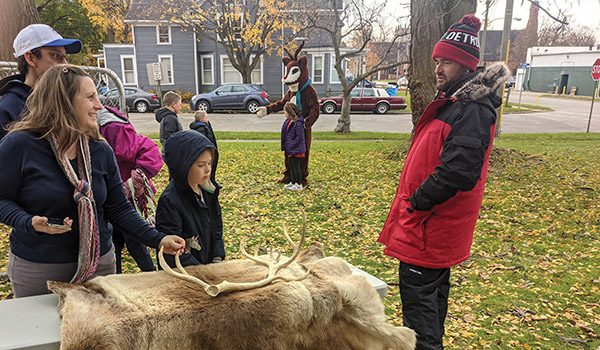 NILES — Two of Niles’ most historic buildings were filled with Christmas spirit this past weekend.

NHC Director Christina Arseneau was thrilled to see the campus brimming with Christmas cheer after last year’s event was canceled due to the pandemic.

“We really missed doing this last year,” she said.

Attendees had the opportunity to see both the Fort St. Joseph Museum and the halls of Chapin Mansion dressed up for the holidays, decorated by various community groups and businesses including the Daughters of The American Revolution, Mount Calvary Baptist Church and more.

Santa made his return to the Niles District Library to meet and take photos with families while his partner, Rudolph, was on hand to spend time with live reindeer courtesy of Reindeer Ranch in Kalamazoo.

Fort St. Joseph also featured an exhibit of Rudolph the Red-Nosed Reindeer memorabilia. According to Arseneau, Rudolph was created by Robert May for the Montgomery Ward Department Store. Niles is the childhood home of A. Montgomery Ward, the store’s founder.

“Every year, we try to add more to the event,” she said. “Two years ago, we started with the live reindeer and we have Rudolph and the Rudolph exhibit this year.”

Fort St. Joseph was founded in 1691 and was abandoned in 1781. It was a trading post, mission and garrison located on the St. Joseph River in Niles. The Fort was controlled by three European countries: France, Britain and Spain, and was also occupied by several Native American groups, including the Potawatomi.

The Chapin Mansion was constructed in 1882 by Henry and Rubin Chapin. Originally a store clerk in Akron, Ohio, Henry later became the owner of an insurance business in Niles. The Chapin house was passed down to their son, Charles, and later Charles’ children and wife Emily, who sold the house to the City of Niles in 1932.

The Chapin Mansion served as City Hall until 2012 before the building opened as the NHC in May 2013.

Arseneau believes the event is a great way for the community to explore its history while enjoying the holidays.

“We’re here for the community,” she said. “To not be able to do it last year was really disappointing. We did decorate the outside so people could see it from the exterior but to have people in and enjoying the home just means everything to us.”