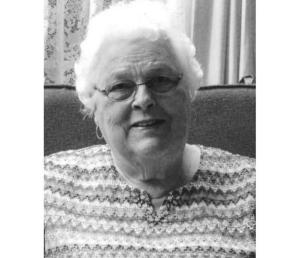 Her life began Aug.  9, 1938, in Decatur, Michigan, the oldest of four children born to Jacob and Elsie van’t Zelfde. She married Roger Wayne Locke May 27,1961, in Kalamazoo, Michigan. After twenty-five years of marriage, he preceded her in death in 1986.

Christine spent a lifetime involved in education, including teaching in the Decatur Schools for forty-three years, beginning in a one room schoolhouse. She served on the Cassopolis Public School Board for more than twenty years, several as President. Christine was a Cassopolis Band Booster, FFA Alumni, and 4-H leader. She was an avid knitter and crocheter (every grandchild had baby blankets and a sweater of their choosing). She traveled extensively, not only in the United States, but also to China, Holland, and Denmark.

In addition to her husband, she was preceded in death by her parents; one brother, Dennis van’t Zelfde; and one brother-in-law, Jack Stryd.

Family and friends will gather Wednesday, Nov. 17, 2021, from 4 until 7 p.m. in Wagner Family Funerals Connelly Chapel, 202 N. Broadway St., Cassopolis. Funeral services will be held Thursday, Nov. 18, 2021, at 10 a.m. in the funeral home, with the Reverend Bill Bruneau officiating.

Mrs. Locke will be laid to rest beside her beloved husband in Young’s Prairie Cemetery in Penn Township, Michigan.