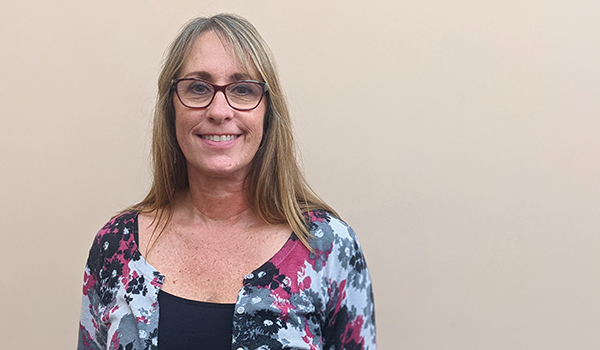 Tina McGowan, the incoming city clerk, participated in her first Niles City Council meeting with outgoing clerk Linda Casperson and the rest of the council Monday evening at the Niles Fire Department.

The city clerk serves as the general recorder and custodian of various official city records. This includes minutes of the council, boards and commissions, ordinances, resolutions, city-owned property deeds, contracts, insurance policies and cemetery records. The office also answers a variety of questions, and offers assistance and general information to the public.

McGowan was chosen unanimously by the council during an August meeting to be the next city clerk following the announcement of Casperson’s retirement. Casperson has been training McGowan since October and will conduct three more council meetings with her before she retires in January.

“Training has been going well,” Casperson said. “Tina has been here for quite a while. I feel comfortable having her take over. I look forward to retirement.”

Upon learning of Casperson’s retirement, McGowan decided to toss her hat in the ring and pursue the position.

“It was just an opportunity that came open with Linda retiring,” she said. “I thought that I would give it a try since it was a great opportunity.”

McGowan brings 15 years of experience with the city as an employee to the position. She is currently the executive assistant for the Niles Utilities Department. She hopes to make a smooth transition into the role.

“Hopefully, I’m able to do as good of a job as [Casperson] has done,” McGowan said. “The job is not totally foreign to me. A lot of the things that she does as the city clerk I did on a smaller level for the utilities, so I am already familiar with the things that she has done. It’s just learning the details.”

“[McGowen’s] experience as a city employee gives her an advantage to not have to learn those aspects on the job,” Casperson said. “The clerk position is a specialized field, but it can be taught. I’m sure she will do very well.”

Casperson has spent more than 25 years as a city employee with two separate stints, including time as an election administrator. While she is looking forward to retirement, she will miss many aspects of her job, including her coworkers and elections.

“Certainly, the people I worked with,” she said of what she will miss. “It’s been my life for so long. I think I’ll miss elections as well. I admire that people can step up and be a part of the election process. I’ve come to know many election inspectors and admire the fact they’re getting involved and being a part of it.”

McGowan said she never envisioned herself in this position, but she looks forward to the new chapter of her career.

“I thought that I would retire from the utilities,” she said. “It’s just something that came available and I thought I would give it a try and they chose me. Hopefully, I can do as good a job as Linda, and I hope they’re not disappointed that they chose me.”