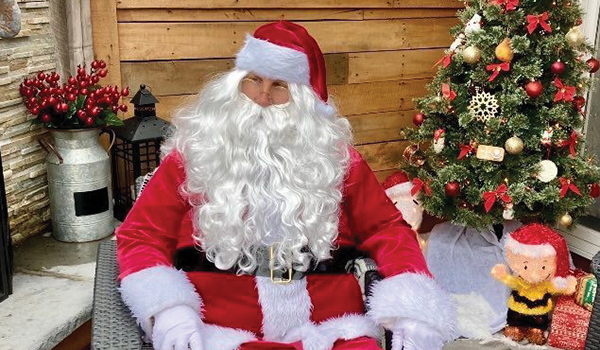 NILES — Sheila Koebel likes to fly under the radar.

The Niles native has long been active in the community via food events, fundraisers and the like, preferring to be involved in the background.

However, when Koebel proposed a Christmas decoration contest endorsed by Mayor Nick Shelton himself, she quickly found herself front and center in the community spotlight.

Born out of a collaboration between Koebel and Shelton, the inaugural Greater Niles Sights & Lights Decorating Contest will allow households with 49120 zip code to flex their creative muscles this holiday season.

The contest will consist of several categories, including best display, best music, best lights and more. An assortment of prizes will be distributed to the winners of each category. Participants will be able to register to enter the contest online between Thanksgiving and early December. Voting will occur online from Dec. 6 to Dec. 17 on LeaderPub.com, with winners expected to be announced Dec. 18.

Further details will be announced in the coming days.

“The last few years haven’t been the best,” Koebel said. “Nobody has been in the mood for anything, so I decided to throw a contest as a great way to get to know your neighbors.”

Unsure of what the possible city regulations were, Koebel posted her plan on the Niles, MI: City of Four Flags Facebook group to crowd source information. Much to her surprise, her idea was a hit, with more than 150 reactions and comments.

“There’s been a crazy amount [of responses],” she said. “Everything has been positive. How can you be negative about Christmas? How much of a grouch would you have to be to do that? You’d have to be a Scrooge.”

The post eventually caught the attention of Shelton, who, after speaking with Koebel, joined forces with her to promote the event and navigate the event through city guidelines.

“He says I took an awesome idea and made it ‘awesomer,’” she said. “He’s able with his connections to put it out there and make it bigger and better.”

In the weeks since announcing the contest on his Mayor Nick Shelton Facebook page, businesses and community members have pledged their support to the contest.

According to Shelton, more than $4,000 in prizes has been donated to the event.

“I’m just excited that there’s been so much hype around it,” Shelton said. “Everybody seems excited, and it’s a very positive thing. I think it’s going to be good.”

Rather than keeping the contest within city limits, Koebel and Shelton agreed to expand the contest to include any household with a 49120 zip code, which includes portions of Niles Charter, Berrien, Bertrand, Pokagon, Buchanan, Howard and Milton townships.

“What I saw was that a lot of the contributions for prizes were coming from not only city of Niles businesses, but also from businesses outside of the city,” Shelton said. “If businesses from the township and other municipalities are contributing too, we need to make this a contest not just for the city but for everyone with the zip code. I think we’re going to have some terrific participation.”

The contest is Koebel’s latest effort to help make Niles a better place. After publishing her first book, Koebel decided to use a portion of the proceeds to give back to the community. Following the creation of the NODE, Koebel noticed the lack of activities children and families could partake in and purchased board games and other activities to be used there. In addition, Koebel donated $200 from book proceeds to be put toward the contest.

“I was trying to just turn around and do something positive in the community to show my appreciation,” she said.

When all is said and done, Koebel hopes the event lights up the spirits of everyone in Niles this holiday season.

“Let’s have fun and get along,” she said. That’s what it’s all about. Just have a good time, appreciate what you have and enjoy the holidays.”