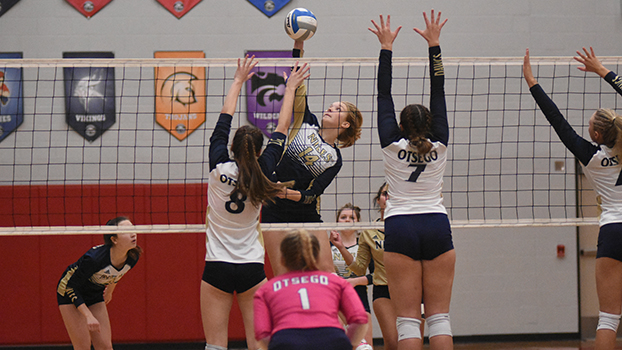 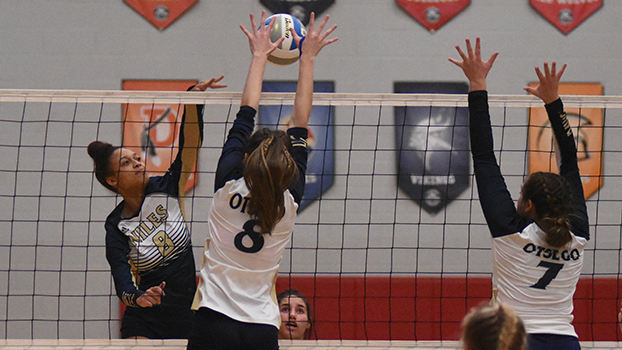 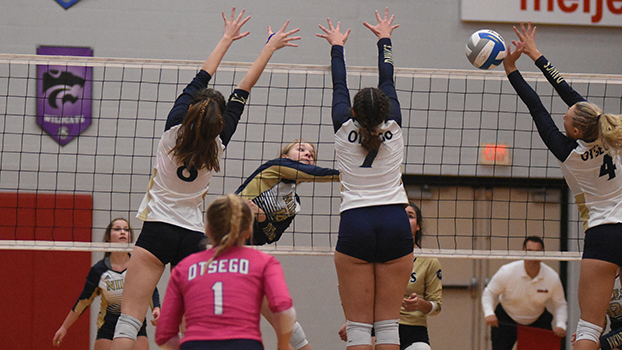 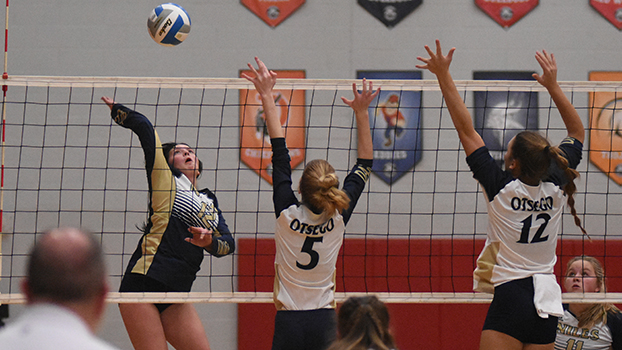 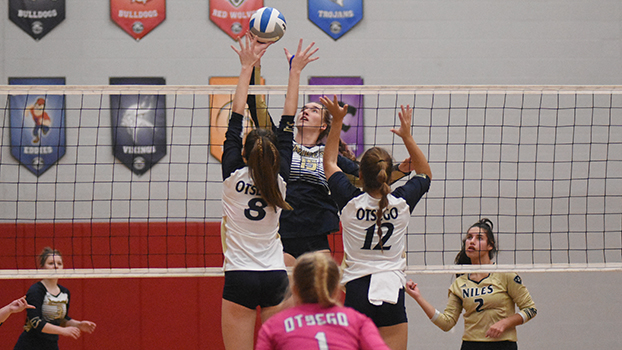 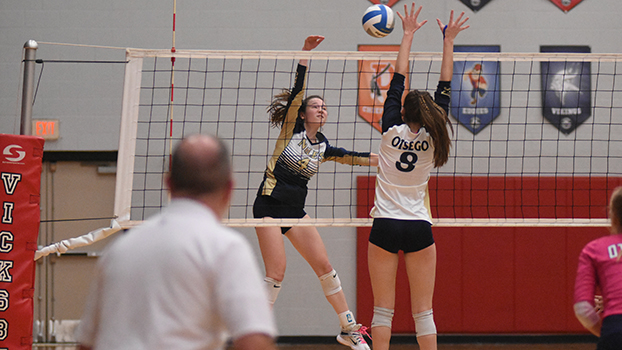 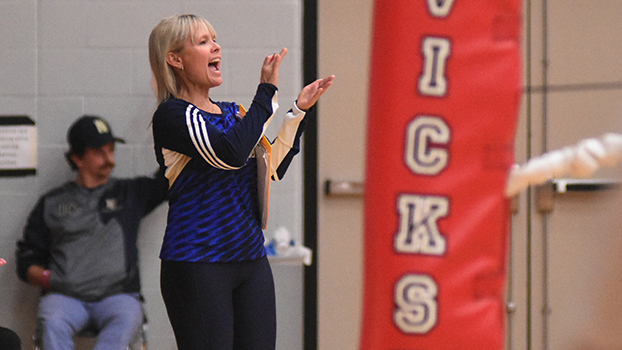 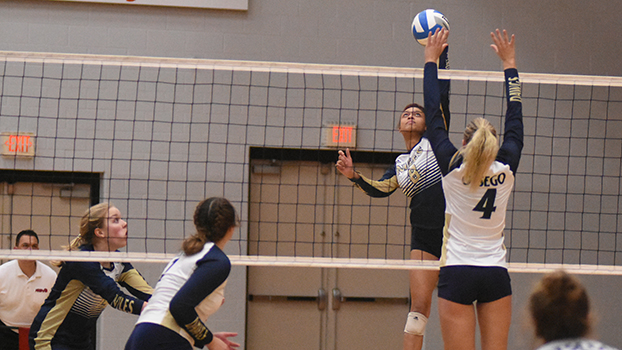 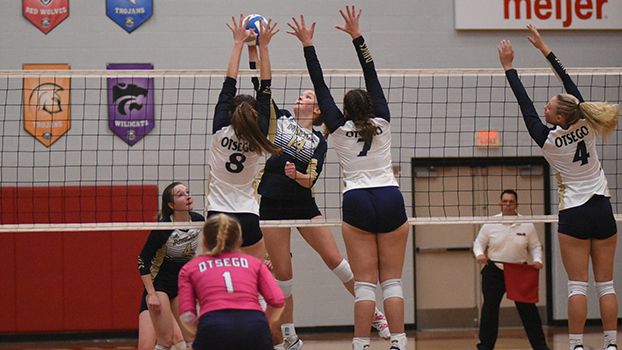 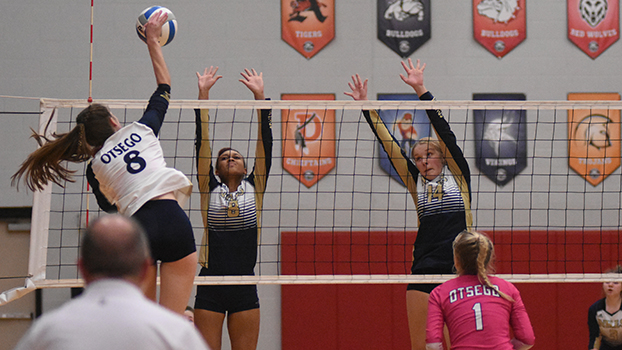 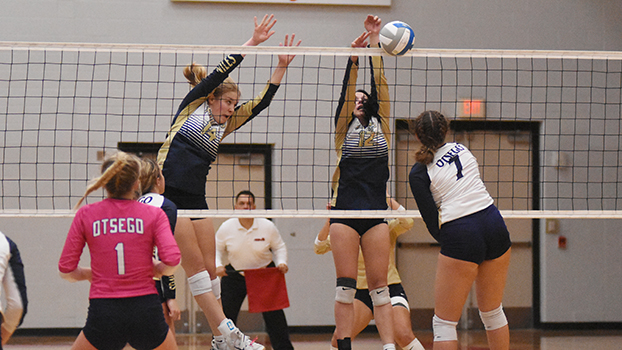 After all, three of the four teams that played in the regional semifinals Tuesday night are members of the conference, as is tournament host Vicksburg.

Two of those Wolverine Conference schools will play for the Division 2 Regional championship at 6 p.m. Thursday.

Three Rivers, which finished tied for third in the final league standings, had to rally to defeat Grand Rapids South Christian in the first semifinal Tuesday night, 3-2. The No. 6-ranked Niles Vikings swept conference runner-up Otsego 3-0 to move within a win of the school’s second regional championship.

Veteran Niles Coach Jenny Nate said her team came to Vicksburg expecting a dog fight. That is exactly what the Bulldogs gave the Vikings. While the final score will read that Niles earned a sweep, the sets were hard-fought affairs, with both teams giving everything they had.

“I’m so proud of this team,” she said. “They just keep digging in and winning big.”

Niles called a time out down two points. When the Vikings returned to the court, they outscored Otsego 8-3 to earn the win and, for the moment, seized the momentum with a 1-0 lead in sets.

Things did not get any easier for Niles in the second set. Again, the Bulldogs got off to a quick start, but the Vikings rallied, taking control of the second set midway through by grabbing an 18-13 advantage.

Despite a time out by Otsego, the Bulldogs, ranked No. 23, could not get back in the set and dropped a 25-19 decision, leaving the Vikings one set from advancing to the finals.

Otsego, which Niles had defeated in three previous meetings this season, led to open the third set, but trailed quickly 10-6 as the Vikings seemed to find its rhythm on offense and the Bulldogs appeared to be running out of emotional energy. Niles went on to complete the sweep with a 25-17 victory.

“Otsego is a great team, and they have an excellent defense, so we knew we had to really see their court and mix up our offense,” Nate said. “They triple blocked our middles, so a lot like last week, we had to be ready to mix up our shots and get our pin hitters firing. We did an excellent job of being patient during long rallies until we could get the opportunity to put the ball away. Our mental toughness was also a key factor in our win; we maintained a consistent focus and energy for all three sets.”

The win leaves Niles two wins away from tying the school record of 48 victories it set in 2017, when the Vikings won the school’s first regional title.

“The girls are fired up to get on the film and get in the gym tomorrow to prepare to take on Three Rivers in the regional championship on Thursday,” said Nate. Niles defeated the Wildcats 3-1 in their Wolverine Conference match in September.