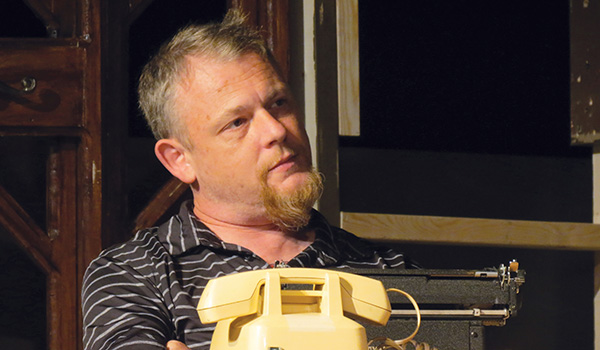 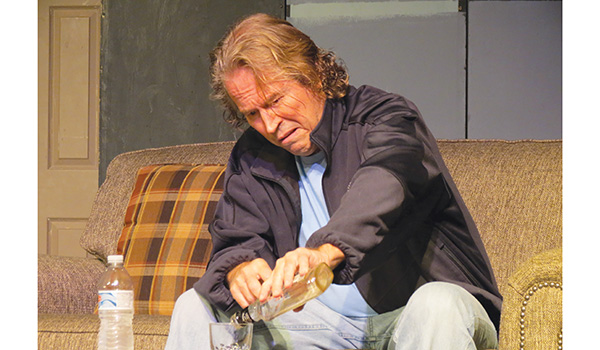 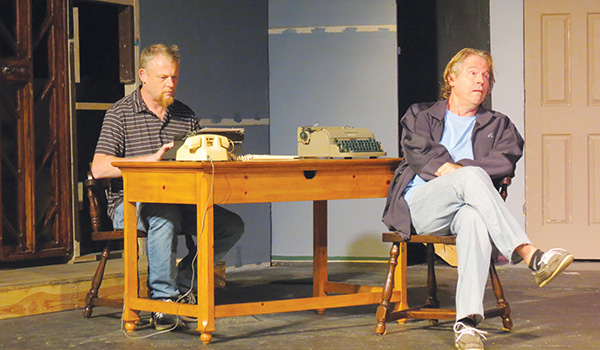 DOWAGIAC — A desperate, washed-up playwright is coming to Dowagiac. He is running out of money, running out of options and would kill for another chance at glory.

Such is the premise of the Tony-Award-winning play “Death Trap,” which heads to the Beckwith Theatre, 100 New York Ave., in December for two weekends of plot twists, murder, betrayal and even some laughs.

“Death Trap” is the story of Sidney Bruhl (Bill Svelmoe), who has not written a hit play for 18 years. When the perfect script falls into his lap thanks to a young writer, Clifford Anderson (Curt Goodrich), the lines between right and wrong become blurred, and Bruhl begins to formulate a murderous plan, which results in an unpredictable spiral of events

Written by Ira Levin in 1978, “Death Trap” has been nominated for four Tony Awards including Best Play, and was the longest-running comedy-thriller on Broadway with just under 1,800 performances. The show is one that will keep the audience engaged, according to director Jack Gannon.

“I think it’s really a crowd-pleaser,” said Gannon, a Chicago resident who also is president of the Beckwith Theatre board of directors. “There is this suspense and the edge of your seat and the trying to figure it out.”

While Gannon, who has been involved in Beckwith productions as a director and actor for about a decade, said he would not describe the play as a comedy, he said there are just enough laughs to keep the crowd captivated.

“There’s lots of humor interjected, which is needed,” Gannon said, adding how well-written of a script it is. “It just sort of breaks the tension. … It’s a very engaging thriller.”

Svelmoe is a veteran of Beckwith Theatre, having appeared in the 2017 productions of “Heroes” and “Glengarry Glen Ross,” as well as dozens of performances at theaters in South Bend. He said he was attracted to the “Death Trap” script at first read.

“For an actor, when you read a script like this you just go ‘I want to do that,’” he said. “It’s just one of those ridiculously perfectly written scripts. … You want the plot to be written well, but it’s not just that. It’s the lines back and forth, the humor, the zingers.”

“Death Trap” is a play about a playwright writing a play called “Death Trap,” and features multiple levels of self-referential commentary throughout, a concept known as “meta.”

“There’s a lot of sub-levels that get taken into account for each of the characters,” said Curt Goodrich, who plays Anderson and has appeared in many plays at Beckwith and in South Bend. “It can be challenging showing, but not showing, all of them.”

With a cast of just five characters, Gannon said the cast having great chemistry is necessary, and his cast – which has been rehearsing for about six weeks – does.

“What a great cast it is,” Gannon said. “They are so talented and professional in their approach.”

“My grandmother was in theater, so I grew up watching her on stage, and I’m actually playing the role she was,” said Wendy Goodrich, adding it is her first official performance at Beckwith. “I’m really excited about this because I get to channel my grandma’s inner crazy. I was like ‘this is awesome,’ because I always feel like she’s with me whenever I get on the stage.”

Dowagiac area resident and Beckwith Theatre board member Jennifer Shoemaker plays lawyer Portia Milgram, and credits director Gannon for bringing her back to community theatre after a bad experience at another theatre.

As COVID-19 precautions, the theatre will be cleaned after every performance and requests that attendees wear a mask.

Charlie Retherford is the assistant director for the production.